Technomancer is getting some fixes. Unfortunately, Drive Boost was bugged to be adding its damage per hit rather than overall. This resulted in much greater damage than intended.

While you may notice some changes in damage, this should end up around the same place as before.

As always, feedback is welcome and appreciated!

Sneevils and Technomancer and Pirate Updates!

This week, we have a bit of a lighter release after all of the excitement earlier this month! 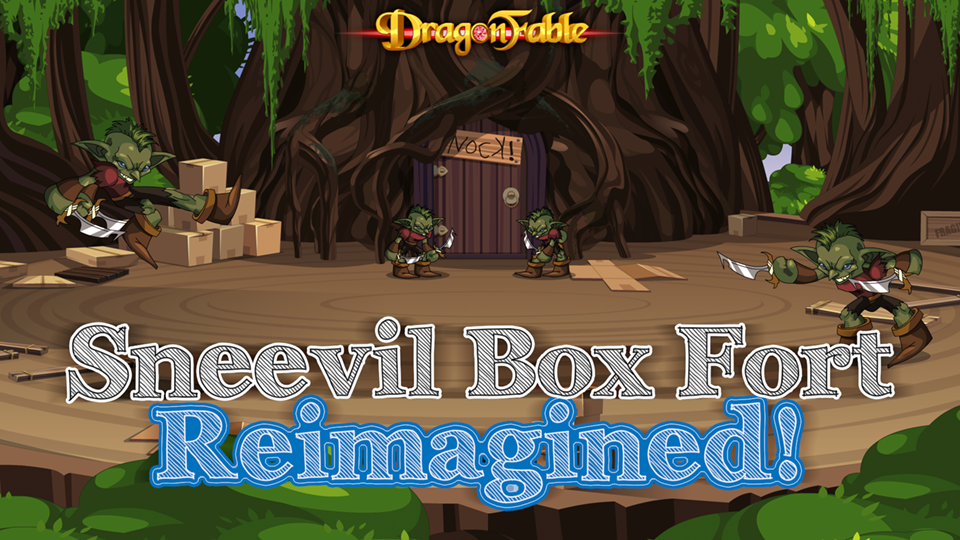 It's time for some Monday updates and fixes!

This week, we have some updates to the way "Glancing Crits" work, a bunch of bug fixes, and a long awaited new feature! 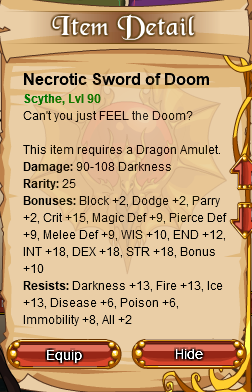 Last time in the main story, you managed to make your daring escape form the city of Nieboheim with the aid of the dashing Chaosweaver, Khvorost. This week, it's time to head home to the Land of Dragons. Back to Falconreach, back to Sulen'Eska, back to the Rose... and who knows what else?

But first there's the tiny matter of you falling from a great height outside of Nieboheim. How will you survive this predicament? 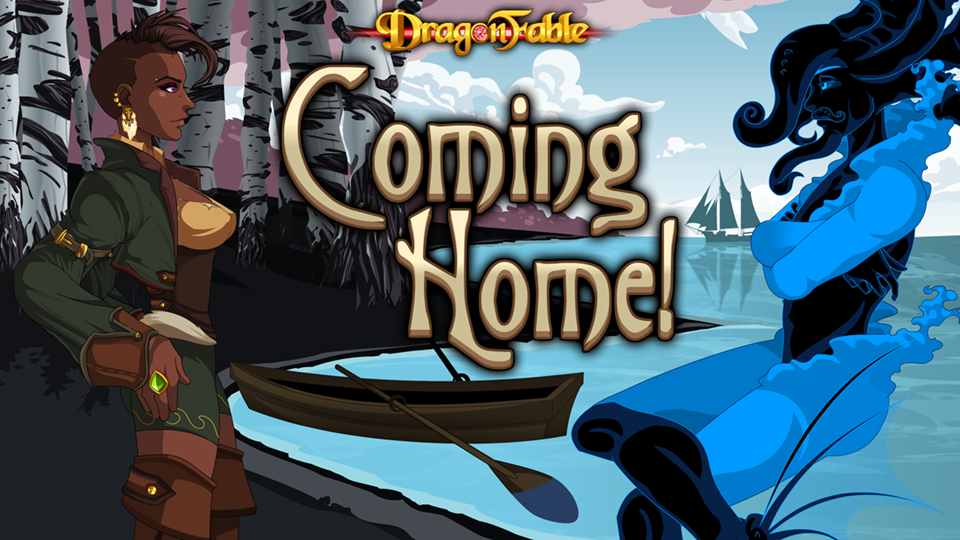 With this weekend's flurry of updates, it's totally understandable that there may be some confusion about how stats work, and what they do. So today, I have a detailed description of what every stat does, and other game concepts!

And that's all for today! If you have any more questions about stats or game mechanics, you can check out the DragonFable forums or contact us on Twitter!

Thank you for playing, and we hope you'll enjoy the releases to come!

I know, I know, it's been a volatile weekend for stats. This should be the last update though (bar any extreme unforseen issues). I will follow up later with a summary of all stats.

STR and DEX were still too niche with the buffs to their secondary damage effects. These changes bring them in line with the damage bonus from INT, while still giving them their own (admittedly small) identity.

I can understand that you may see DEX's 7.5% and think, wait, that seems low! Well, here's the math breakdown.

As you can see, DEX is on par with INT and STR for damage, even if its boost number seems low. Its damage may seem slightly higher, but also keep in mind that it requires a DoT to first be applied to an enemy in order to take effect.

LUK's damage might seem low, but it does provide other benefits beside Crit, and is non-conditional.

These changes are to make CHA a more attractive option, while also managing pet swapping.

Lowering the risk of taking guests makes them stronger, and pet dragons are one of the main beneficiaries of CHA.

However, pets are very strong, and being able to constantly swap them out for free is a little too powerful, especially with the pet dragon. As a result, the Waking Up stun has been added, which prevents pets from attacking on the turn that they are equipped.

I am aware that stat training costs are currently a bit high. This is something that I would like to address in the future, but unfortunately cannot be done at the moment. For this, I apologize.

I would like to thank everyone who has provided feedback and criticism- I know even with these changes, some players may still be dissatisfied. However, we will see what the future brings!

After listening to player feedback, and discussing the recent changes at length, I've decided to give it another go.

The previous implementation, while it achieved its goals, was unintuitive and frustrating in some aspects.

As a result, this is the new proposal for combat changes:

THESE CHANGES ARE NOW LIVE!

The goals of these changes are as follows:

Having an extremely strong defensive ability on a main stat made it too necessary, and limited build options. Decreasing STR synergy, while it accomplishes the fact that it is no longer as optimal, also made it unsatisfying to train, and did not feel good to use when you wanted or needed Immobility resistance.

The Immobility bypass effect of DEX had the intended effect of making STR less useful- however, you still needed the Immobility resist if you wanted to resist stuns. It also wasn't clear at first glance how much Immobility bypass you needed. This was a mistake on my part, and I m thus removing it. This is also the impetus behind the WIS change from a hidden bonus to direct -Health resistance.

The changes to STR and DEX secondary boosts should bring them to be relatively in line with INT.
Assuming base 100 damage:

At 250 INT, your critical hit will do 25% more damage, or 25 more damage on a base 100 crit attack.
At 250 DEX, each DoT will do 31 more damage per turn. This is somewhat situational, but compared to INT, unless you are hitting multiple boosted crits, even a single DoT provides similar damage. The base is higher though, since this does not synergize with Boost. And multiple DoTs make DEX stand out even more.
At 250 STR, your non critical hits will do 12 more damage. At first this seems like not a lot. However, you only need 3 non-crit hits in one turn to bypass the bonus from INT on a basic critical attack. And you almost match with 2.

STR is therefore situationally weaker than INT, however it should be more reliable.

You can, of course, combine the offensive stats and be hyperoffensive!

END is now even more defensive. However, the Immobility effect has been changed in order to make offensive builds more viable. Otherwise, full END would become the next problem. END was already strong, and this makes it stronger. But not necessary.

These changes and compromises should provide a better, clearer, and more fun combat experience!

This week, the Six Heroes story continues! After taking on the plucky Falwynn as your apprentice, you encountered Faust, the mysterious fighter from the Tournament of Champions, and became curious about his origins and power. This week, head over to Ash in Book 3 Falconreach to continue the Six Heroes story with this week's quest: Reminiscence! 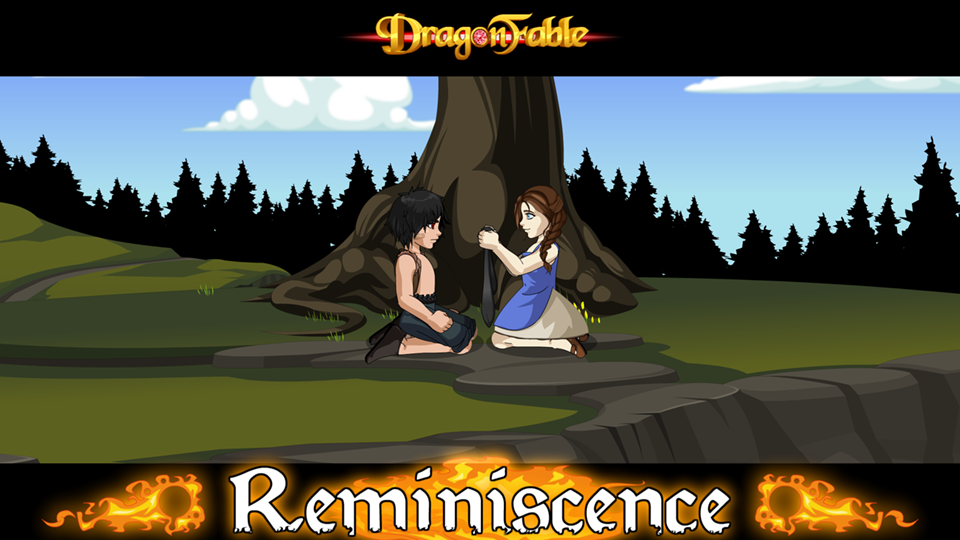 A few small updates for Monday!

The combat stat update was a resounding success. However, there are some lingering issues.

Stuns are very powerful, and as a result, Immobility resistance is very powerful. The STR stat, as a result, is a bit over powered compared to INT and DEX. INT is fairly strong due do its offensive capabilities, but DEX has been lagging behind due to being situational.

The proposed changes are as follows:

These changes are not in game yet, and I would like to hear some feedback about what you think about the proposed changes!

Do you prefer one proposal over the other? Neither? Parts of both? Let's hear that feedback!

The Exalted Tower: The Spiral of Creation

First off, you might notice that Book 3 Falconreach has returned to normal. Unfortunately, a small bird flew by during the casting of the ritual, interrupting it, and thus everything was reversed and all of the progress and materials were lost.

Now, I know a lot of you will be hearbroken, because you won't be able to be turned into a boxcat, but worry not, perhaps one day the ritual will be completable!

Anyway, on to this week's release!

The next section of the Exalted Tower has opened!

The Spiral of Creation, the warbeast production area, is now explorable.

Fight your way through the warbeasts of the Exalted to reach your next destination! 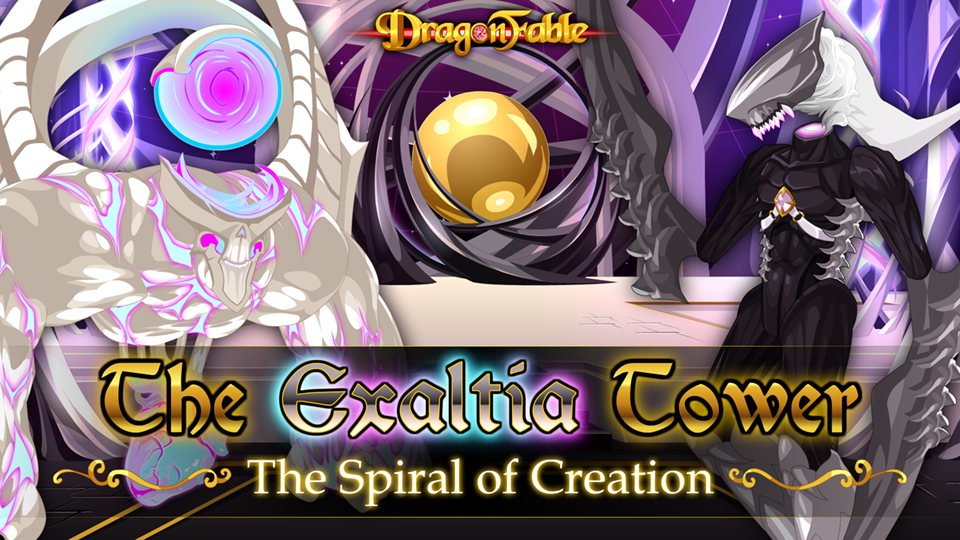