You guys are soooo close with the war! We actually just *squeeked* out the boss fight and weapons today too!

So, I issue a nine hour challenge! If you can finish the war by 3am EST, you guys will get a special, super awesome release sometime tomorrow of a zone that Dracelix has been working on! 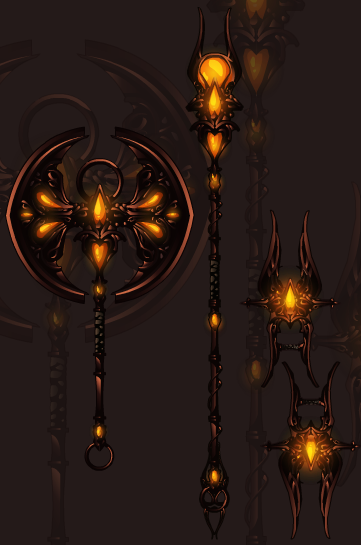 This week Tomix brings you some new side-facing town NPCs!

Just where do you think all these magical creatures will be hidden away?

Here's a preview of the final version of the Eternity Key!

There will be just 2000 of these energy weapons available for 425 Dragon Coins, starting at midnight. As with past LQS items, this scythe will have a special free merge item available from the Black Market Moglin to level it from 30 to 50 to 70 to 75 to 80!

Today's TwT is a preview of one of the weapons that will appear in the special Black Friday shops this week! What new weapons would you guys like to see in the two traditional shops this year?

In addition to the half-off shop, Twig's Black Friday Shop this amazing Energy weapon will be in an LQS shop that will all appear at midnight, EST, Thursday night!

There will be just 2000 of these energy weapons available for 425 Dragon Coins, this Friday, starting at midnight, Thursday night. As with past LQS items, this scythe will have a special free merge item available from the Black Market Moglin to level it from 30 to 50 to 70 to 80!

WAR!
Keep fighting those Turducken, guys! When you hit 50% a few of our traditional war minigames will unlock! There will also be a new cutscene unlocked, which should help with the... variety of food available this year!

This week we dug through all our old holiday folders and managed to cobble together a.... Thankstaking Storybook! Yay! You can go back and fight the Techno-Turkey Terror and the Rawrgobble or get shrunken down and explore a particularly giant feast! Have fun and enjoy!

This year for Thankstaking, two new M.O.P. members are guarding Oishii's secret instructions for cooking the feast! Well, not really instructions... but, you'll see. I really hope that nothing goes wrong 'cause then you guys would probably have to fight waves and waves of stuff.... ;) 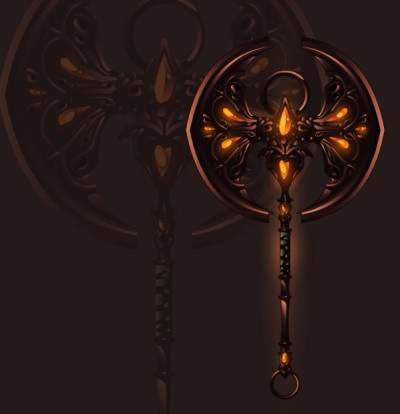 This week we'll see two new MoP members who are going to be helping out with this year's Thankstaking!

Just who could these mysterious new mercenaries be? Log in tomorrow to find out!

And now a word from the Kensai!

Well, it’s been a year (real time) since Voltabolt shrank us and left us to fight the food monsters that were all over the table.  This year, it’s going to fall on the MOP to help avert a problem.  Two new MOP recruits have been chosen to deliver a very special recipe to Oishii.  Mayor Landis does NOT want to see repeats of the problems that plagued Mayor Rayf during this holiday to celebrate the harvest.

So this Friday, you will follow the two MOP recruits who have a very special package to deliver, and soon, very soon, the Thankstaking feast will follow.  With two skilled heroes to deliver this package, nothing can go wrong… can it?  As long as Oishii follows the directions nothing strange will happen with the food right?

This week is a preview of the Pyromancer-only Barber, Yonathan! You'll be able to find this fiery artist in his distinctive, incombustible red tent (specific location to still be determined).

Tomix is working on finishing up the special, Pyromancer hairstyles for you guys now!

If there are any further bugs, please PM them to Verlyrus on the forums! Thank you, guys!

Pyromancer is now available from Cysero's Superstore of Savings, which means we'll soon have a new Pyromancer-only barber setting up shop somewhere in Lore! Tomix wants you guys to take screenies of your favorite hair-dos to help him decide which ones he wants to set aflame!

MOP cat pets are a bit confused right now- Rolith is working to get their little kitten brains straightened out.

As I sit here trying to think what to say, Pink Floyd blaring from my speakers, I’m thinking about how much fun this was.  We really wanted to bring you all of this last week but there just wasn’t time.  I’ve been watching the threads as we released each part, smiling to myself as you all demanded MOP cats, as I knew you would, so I had already intended for MOP cats to be released if at all possible.  Thankfully, we were able to do this.  Tomix’s brilliant animations for the running cats was amazing and, I understand, exhausting work.  Thank you Tomix for your incredible efforts.

So, this week, you will be playing as DeathArrows the cat as he helps his friends get to Croft.  Make your way through the forests between the Necropolis and Croft as the MOP cats wend their way home, seeking the cure that will return them to human form.

Have fun guys, have an incredible weekend, and be prepared.  Thankstaking will bring something back that you haven’t seen for a while.

Another sneak preview from Tomix! Ruuuuuunning kitties for tomorrows release!

Pyromancer
Verlyrus has made another small coding update to Pyromancer!

One of the new areas that is coming in Book 3 is a hidden wind elf encampment in the woods between Falconreach and Swordhaven. Today you'll be getting a sneak peek of the NPC leading the charge against The Rose in that neck of the woods, Kara!

True Mortal and Eukara worked together to create this new NPC!

And now a word from Eukara Vox!

Greetings, heroes of Lore.  The Rose has kept the world chained and bound, determined to take something vital from the people who call it home.  The Rose's minions are everywhere, lurking in shadows, intercepting the unaware on the forest paths, taunting... And the people have had enough.  I don't know about you, but something needs to be done.  So while the hero was frozen, a gathering began.

Secretly, hidden, a small community planned and waited for the right moment to make themselves known.  Little did the world know, but the elves, those that were left, were making a bid for the right to lead the destruction of The Rose.  And among their ranks, a wind elf took charge.  Her name is Kara SuLema and the elves call her a shepherd of the people.  And she has but one goal - take down The Rose!

We have a great new TwT this week! Tomix has been working on the Book 3 version of Ravenloss and here's a preview of the walkaround. You can click on the edges of movie and explore a bit!

We're still a ways off from the new version of Ravenloss being live in game, but we will be catching up with Tomix, Riadne and more in Book 3!

Friday
The final quest for this years Mogloween will be this Friday, where you'll be able to help some four footed friends find their way back to Croft. Some of the 2012 Mogloween masks will also go on sale in Cysero's Superstore, as well!

Tomix is also working on the final animation issues with Pyromancer but Cysero should have some in stock on Friday (as long as nothing goes boooom). We do need to decide where the new fiery Pyromancer barber will be, too. If you were an expert in styling follicular flames where would you set up shop in Lore?

Trick or treating is now available on a gorgeous new street, refurbished by Dracelix! There are twelve spooky new masks that Dracelix has crafted for this year as well (if you really like them, they'll hit Cysero's Superstore next week)! If you clear your cache, you'll be able to unlock all your mask badges as well!

Now get in there and beat Bubble and Sally's monsterous creation! There are six different weapons in the Cat's Eye set that drop from the boss this year (thirty-six total drops)!

It's said that often times the best laid plans of mice and men often go awry.  That's so true, and the last week has been no different.  We had hoped to bring you everything we wanted this week, but things don’t always go the way we want.  So this week; the boss fight with Bubble and the conclusion of the main part of the story for Mogloween this year, as well as trick or treating.  It’s time for you to get all that candy back, and get some shiny new masks by Dracelix in the process. True Mortal made some beautiful new rewards, and Tomix is up to his usual high standards of animation and design.

You’ll need to get to trick or treating!  The townspeople definitely don’t need that candy!

Next week we will follow the adventures of the MOP cats as they struggle to get back to Croft in hopes of being restored.

Also, remember, I'm looking for your best Dragonfable jokes!  Log into the forums today to submit your funniest jokes about DragonFable!

This week Tomix has a preview of a very scary boss monster! ;o 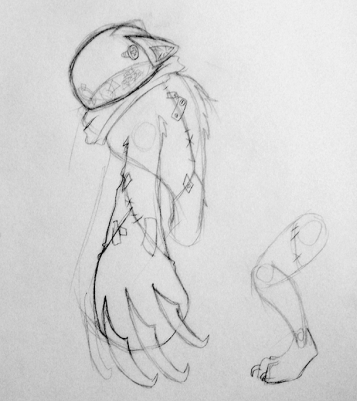