This month's Reimagined release is here! Are you tired of dialogue updates yet? Never fear, this is final one for a while! 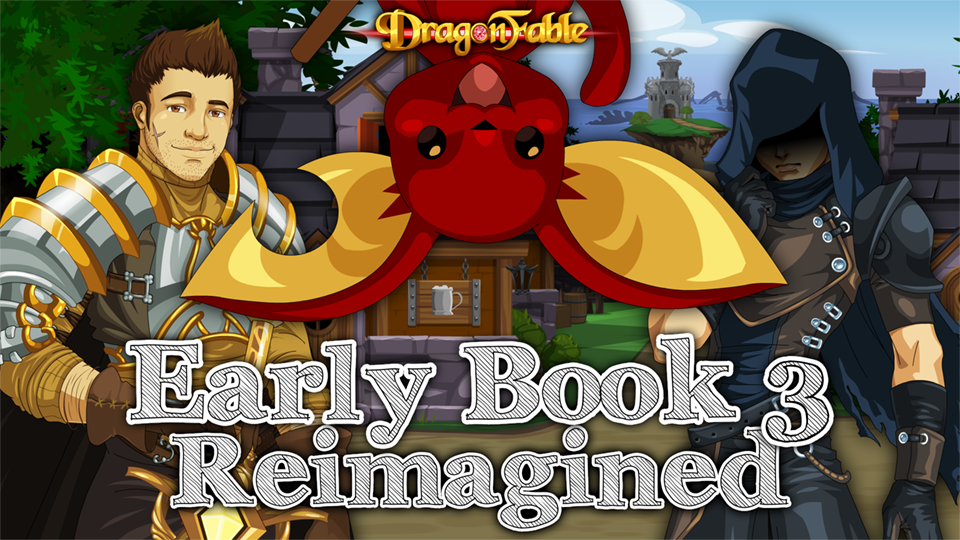 This week, we see a return to the main story of Book 3! Last time, a massive Tytan emerged from the rift above Swordhaven, bringing with it a new sun in the sky. The factions have all agreed to set up a meeting to strategize for dealing with this threat, but will they be able to formulate a plan before it's too late? 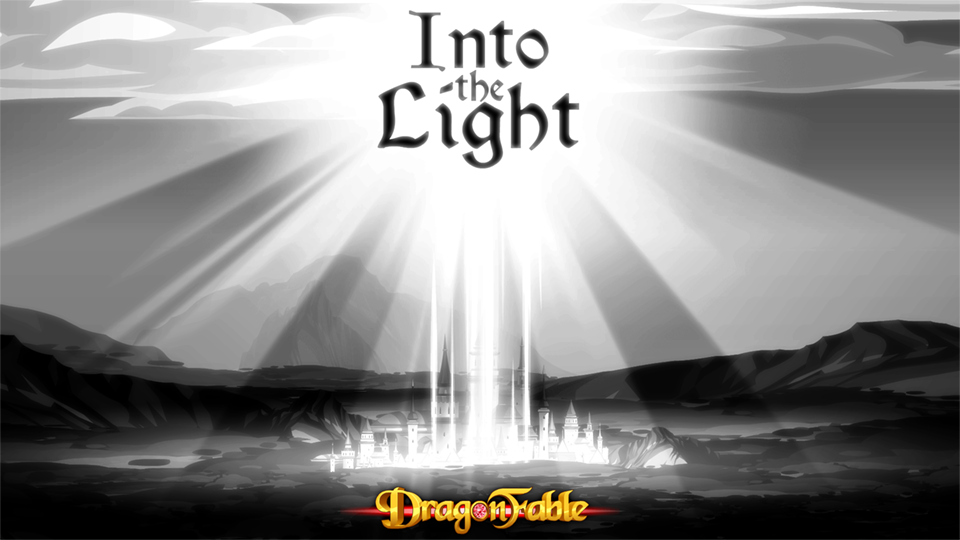 Hero's Heart Day 2020: The Monster and the Tower

This year's Hero's Heart Day release is here! Falconreach's Guardian Tower is under attack from a giant sea monster, and Big Daddy needs your help! 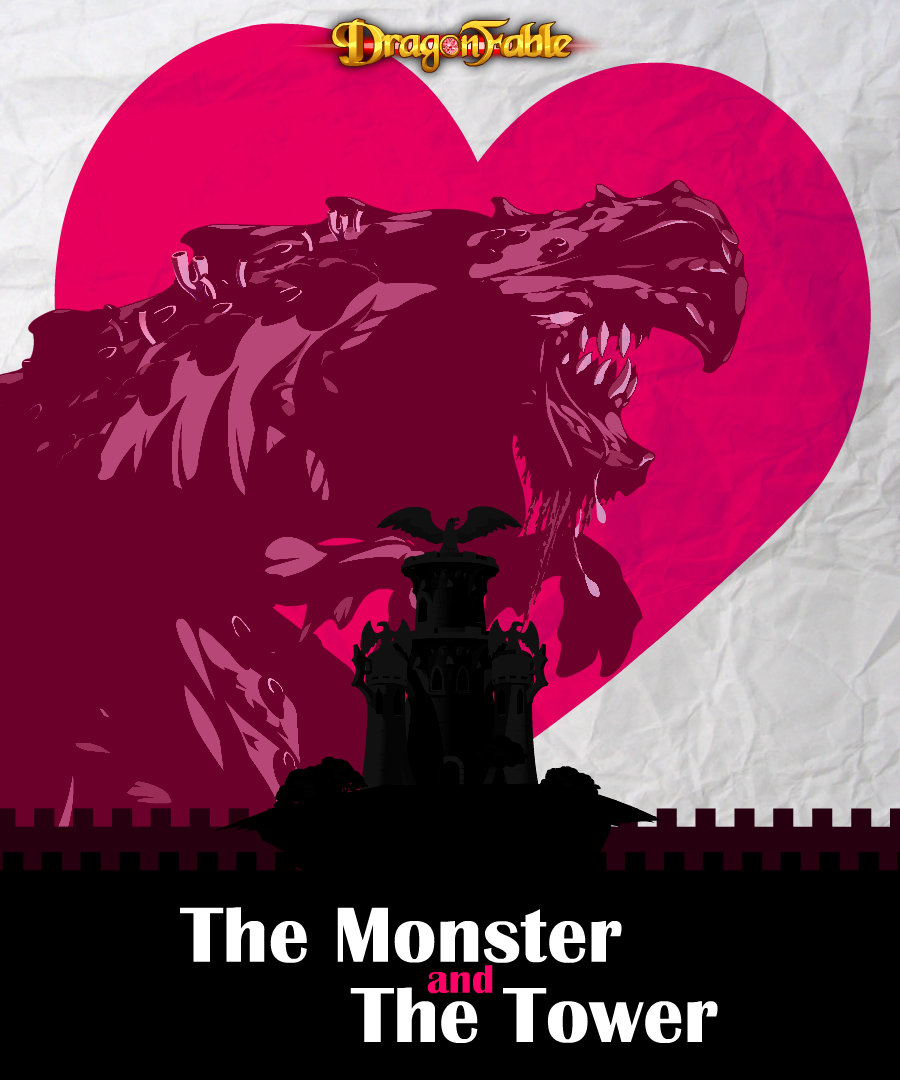 After receiving a lot of feedback about this week's release, I'd like to go over some things regarding it.

First of all, this is the last of the "defeat x times", non-traditional challenges. This past year we introduced these two new (exalted and 7ES) challenge types because we felt that they would be an interesting change from the usual. Regarding The Exalted Tower, we felt that completing it once would not be enough to be considered conquered, due to the random options that the player can choose from. Regarding the 7ES board, we felt that (at least at the beginning) the fights were relatively simple and short enough that completing them a few times would be no problem.

The expectations that the Inn had built up before, a year ago now, was of two challenging fights, then a larger challenge of fighting both at once, with solid rewards, and the expectation that you would only need to complete them once.

I believe the Exaltia Tower was executed well- the random choices did provide some good variation, and the brevity of the adjusted floors made them more palatable.

So then what happened with this week's release? Why is Pandora's Gauntlet received so poorly?

On the one hand, it's difficult, but not satisfyingly so. It's a grind, and the 7ES themselves have very pronounced abilities and effects, with strong punishments, that require specific set ups for each fight.

My personal belief is that this is not a problem in itself. It's meant to be a challenge. However, it is still an unenjoyable  process for those who have farmed all of the chibi capes, as the 7ES themselves bring nothing new individually.

Pandora herself is rather undertuned. This isn't necessarily the fault of the gauntlet, but more an underestimation (yet again) of how powerful many of the classes in the game are.

There is a fundamental challenge when addressing difficulty in a game. Players want to be able to experiment and try multiple ways to tackle a challenge. However, for a challenge to be completable by many different ways inherently causes it to be less extreme in nature, which multiple classes (Such as Chaosweaver or Epoch) can punish very hard.

This is not an excuse, but more an explanation of the difficulties of preparing such fights. I think it's also very clear that something more accessible is better than something that can only be defeated by the upper eschelon of classes.

In this particular case, it is much harder to experiment versus Pandora because she is locked behind this gauntlet that requires particular abilities to deal with.

Finally, there is an issue regarding the "grind". My personal opinion is that this has been way overblown. That is not to say that the feedback or your own opinions are wrong, just that I believe we've made the amounts of time you must complete these challenges at least reasonable. In this case, we also added the trinket as a 10% drop to the Gauntlet so it's possible to get lucky if farming it.

That said, I do understand the feedback. The Arena at the Edge of Time was supposed to be about variety, and having thes two boards (Exaltia/7ES) take up a year of challenges, as well as both being "grindy" challenges can definitely be frustrating and feel same-y.

We definitely should have broken things up with traditional challenges (And not a grinded gauntlet with the displaced fates board).

So,what are we going to do about it?

Proposed changes to the 7ES Finale:

What about going forward?

Lastly, we thank you all for coming along with us on this journey into new territory. We tried to make some epic and massive challenges on a larger scale than before, and we've learned a lot in the process.

We've done a lot of cool and interesting things, and while this finale didn't quite land, we hope that the changes will be satisfactory, and that future challenges will be a return to form.

Thanks for playing and supporting the game, and thank you for your feedback.

This week, we have the epic finale of the Corrupted Seven challenge board!

The grand locked chest in the center of The Corrupted Seven challenge board is finally ready to be opened. If you've unlocked all of the locks by defeating all of the previous Corrupted Seven... it's time to dive in! 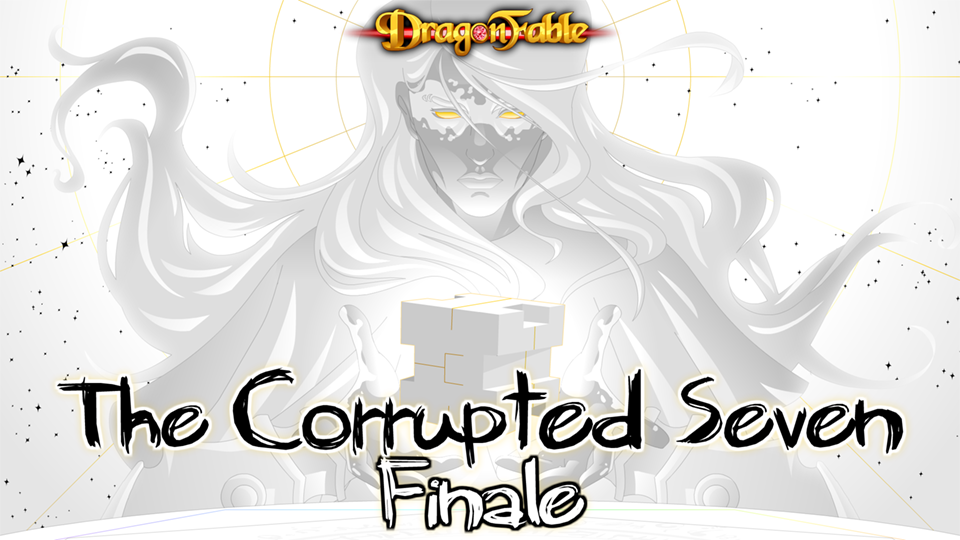