This week Tomix is giving us a sneak peek into what NPCs he's creating (and recreating) for Book 3 Ravenloss!

Popsprocket lies in ruins! What, or who could have caused such destruction? Explore the destroyed city and see what clues you can find... but watch out for the rampaging machines!

More Suggestion Weapons from Dracelix
These beauties will be coming soon to Serenity's Shop the Rosewood! 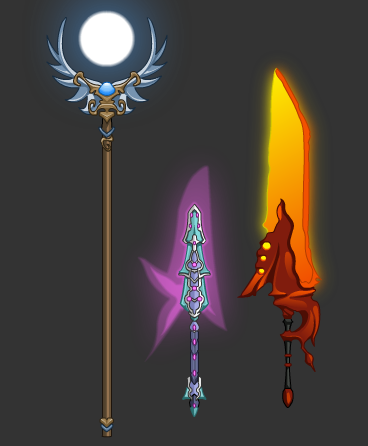 The Rose has been gaining strength all over Lore for years. While there are still a few places where magic is accepted... after the countless wars, dragon attacks, undead invasions, and more... most of the human citizens have accepted The Rose, with some even welcoming the chance to gain an advantage over magical beings.

Not everyone trusts the Rose, though. Even some within their own ranks. This week, Cinquefoil, will send you into the depths of the huge stronghold being built in the north of Surewood, the Rosewood. What books will you find? What confiscated weapons do the Rose keep locked up in their armory? 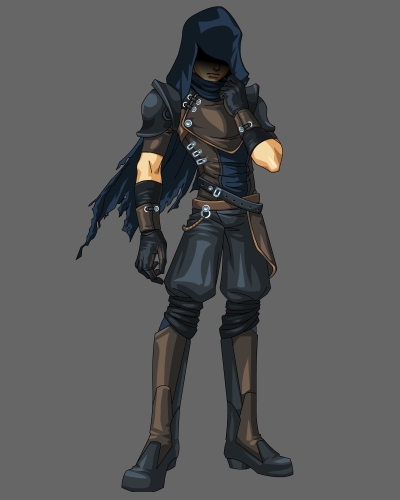 The quests to unlock to the Ateala Armors are now available in Book 2! If you have a DA head on over to Atrea and visit your class trainer in the Spire to see if you're worthy enough to become a Riftwalker, Ascendant or Cryptic!

Sielu also has a bunch of new weapons (with a some more daggers coming this weekend) as well as a new DC helm shop!

Dracelix and Cronix have both been working hard on new side facing NPCs for the hidden village of Sulen'Eska! 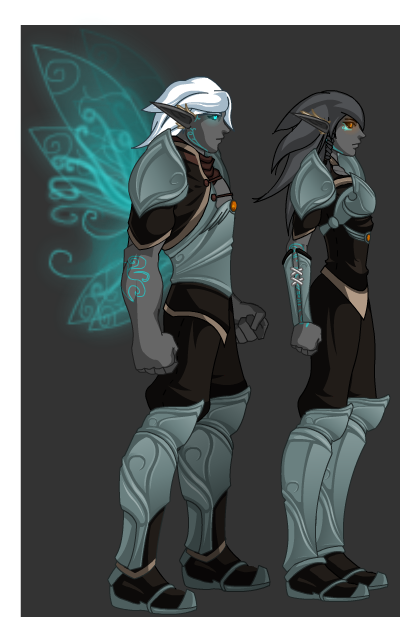 Wow! So much stuff today! And it's not even the stuff I thought we were going to release this week! OO

The path to Swordhaven is now open from the southernmost gate in Book 3 Falconreach! Thanks to Ghost and Dracelix, you guys can explore the path to the capital city! Just be suuuuper careful how you answer questions asked of you by The Rose...

There's also a new blacksmith in the southern Falconreach square! He has started crafting gorgeous weapons (from Cronix) that get more elaborate as they increase in level! Sielu also has an extensive DC shop if you just have to have that simple or final version of a specific weapon with it's own incredible power! More weapons will be coming in the weeks ahead, as well as more merge items once a few more randoms get re-arted and/or created (namely fire and ice essences)!

The Enchanted Grove in the Book 3 Elemental Foothills is now available to explore! There's also an adorable little guy that needs your help on the path towards the Fiery Cave of Mt. Shining Star!

Also wish Tomix, Dracelix and Oishii a huuuuuge GET WELL SOOOOOOOON! I'll just be over on the side getting into my biohazard suit in an effort to not get the flu myself!

LQS
Also, don't forget about the LQS shop that goes live tomorrow morning at 11am!

Cronix might be magic, or a cyborg... there may be several clones of him... I'm not sure. He has fully embraced his volunteer dev role, though, and is creating many, many awesome new things for you guys!

You know all those different essences you've been collecting from re-arted Book 3 randoms? Stone, Rock, Water, Nature, Magic and more! Cronix has been working on weapons for the merges for those! The base, initial merge versions will be the simple blades and staves but the final merges will have amazing anamation and there should be even more weapons added as time goes on!

The final versions of the weapons!

Cronix has also been working on NPCs! In addition to helping Dracelix with the wind elf NPCs for Sulen'Eska, he's also created side facing versions of two of Falconreach's residents... the Book 3 versions of Aria and Ash!

is back for a week!

Wassup!  Man a lot of time has gone by since I've had the pleasure to post here, I trust you had a great Frostval :D

Anyways you're probably wondering why I am here… I have super light duty over at AQW this week so I get to help out with DF, and I am very pleased because I get to work alongside Dracelix on the walkaround between Swordhaven and Falconreach! I've missed working on DF, so this'll be fun! We've got a plan and a map, but what kinds of stuff do you guys want to see along the road? Maybe your idea will get included! 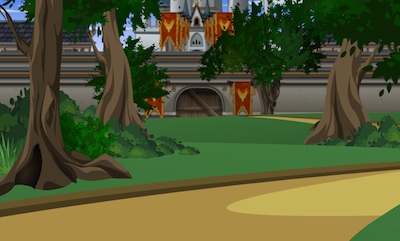 This Saturday, January 19th, at 11am EST, the first LQS of the New Year will feature the Gloom Glaive, from True Mortal!

Pulled from the Void itself!

The Elemental Foothills in Book 3 have been expanded! The Wind Cave and Earth Cave drop more of those elemental essences, while there are some new, absolutely gorgeous water weapons from Cronix... in a hidden dungeon!

Frostval
You now have until Monday to get all your Frostval badges!

More to Come!
As always, everyone at the Underground Lab (and the satellite offices all over the world!) has been working on all sorts of crazy things!

This week has been a catch up week for as all the artists are working on brand new release stuff. Dracelix is working hard on the path to Swordhaven, Cronix has been hard at work on the wind elves that will populate Sulen'Eska, and Tomix is working on the quests for the Atealan armors!

We also have set upon our plan for Hero's Heart Day... and Rolith has been twirling his mustache! Which is weird cause he doesn't usually have one... I wonder where he got it!

Vayle's mogkee shop is now live in 2012 Frostvale! You have until Friday to decide if you want to "hire" one to adventure with you!

New Helms in Cysero's Shop!
Cysero now has tons of new ten gallon hats for all you TimeKillers in his Capes and Helms shop! Ther are also two new special level 18 masks in his Mask Shop!

Muahahaha, we have artistnapp... found another willing victim volunteer! Though now I think I might need to change my name to geopetix....

Cronix will be adding a lot of amazing weapons to your arsenals, as well as helping create new NPCs! Dracelix already has him chained up and working on wind elves!

FrostVayle
Finish up all your rescuing and caroling because Frostvale disappears back into the snow fall on Friday!

And the rock comes in juuust under the wire, finishing the cutscene and database work for the end of the war at 99%! Woooohooooo!

Once you guys reach 100%, you'll be able to face Pallor! Will you defeat the wicked queen? Or will she tear Vayle apart in her quest for wings of her own?!

Once you defeat Pallor, you'll be able to visit 2012 Frostvale! Storm the moglin has some new, special helms for sale and Vayle will have a very special shop (coming soon!) because you guys totally rocked this war!

Today we have a preview of stuff from the upcoming Sandsea Gate in True Mortal's saga! He is hard at work on the new Guardian as well as tons of new scenery stuffs! 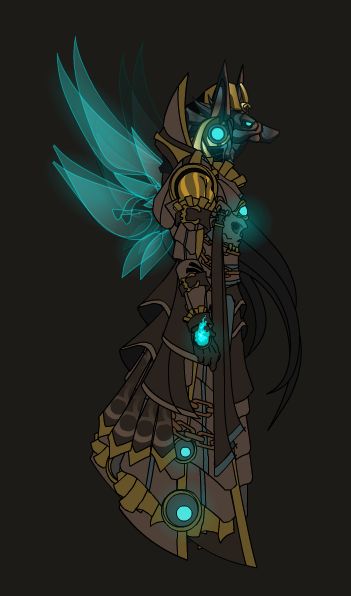 I hope everyone is having a fun New Year's! The Frostval presents have opened, fireworks are going off during the night in Falconreach and everyone is fighting Pallor's minions!

Seriously, it's going to be a close race between you gys and Tomix for him to finish those mogkee monsters!

TimeKiller
Tomix and Verlyrus need a liiiiittle more time with TimeKiller, so it's not live quite yet but I do have a preview of all the skills for you!

Once all the final kinks are worked out, you'll be able to mosey into any inn, cave, tower or lair in Lore and take out anything causing trouble!

I've adjusted that button though to unlock at 60% now to give Tomix just a weeee bit more time to finish those up!