Raven has always been very protective of Thursday, to the point of rushing heedlessly off into the wilds of Doomwood in an effort to find her after Thursday disappeared! This week you'll see how Raven ended up in Amityvale and Doomwood and be able to play as Raven herself! Will you be able to run and hide from all the dangers of Doomwood and make it to town? Or will fear and panic overwhelm you?

You'll need to have at least finished The Locket to get to Missed Raven! 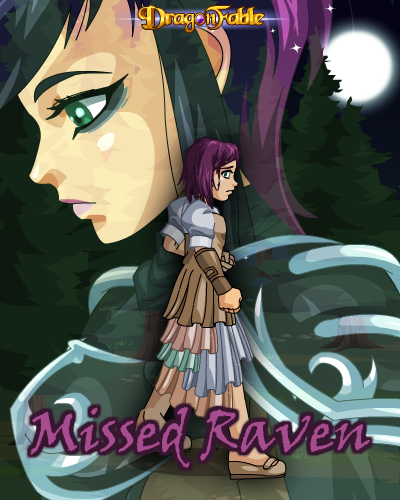 Who could this be?

Today we've got a really big update for you all. We're rolling out version 14.0.1 for DF! With this comes a lot of stuff so I'll try and explain it all.

Stat Update - We've adjusted the way some stats work. They were adjusted during 9.0 but there were a few things that still needed to be changed. The major ones are as follows.

- The damage formula for Str/Dex/Int was simplified so you can figure out how much extra damage you'll get at a glance.

- Cha now directly buffs the damage of ALL guests and pets!

- Bonus Mana from Wis has been reduced some.

- The amount of Crit from items has been reduced.

To see a list of ALL the stat changes, and why they were made, you can look at this thread that I made. Click here! Please read that thread before you report anything as a bug. Something you may think is a bug may not be!

Tomix worked really hard to get as much of the artwork updated as he could. There's still some stuff that needs to be done but there's a lot that's now updated.

- New login screens. Both the backgrounds and the actual character select screen have recieved a major overhaul.

- Almost all of the interfaces around the game now have a new look and they should more accuratly reflect the "fantasy" style that the game was always meant to have.

I used some of the free time after making sure the stat changes and the engine updates were working to fix several of the bugs that were buried deep inside the engine that we could get to. There are some small ones but these are the larger ones that I was able to nab.

- Ash Dragonblade / Alexander character slots now don't show the quest log. You shouldn't be able to escape with either of them THAT way now!

- You no longer can summon the guest version of your dragon during quests. People were abusing this to get infinate uses of the "Primal Fury" skill. That's not the intent of the guest so I fixed this.

There's plenty more that was done and a lot more planned! I already linked to the stats change part of the update above but there's a lot more info in that thread about what's planned for future updates! I suggest you check out the entire thread, click here! , to see. It IS a lot to read but it will give you some insight on what's still on its way! If you do find any issues you can let us know in that thread or report it as a bug if it actually is one. We'll get anything fixed as soon as we can!

Will Leon be able to rescue Kara SuLema from the clutches of Akanthus? 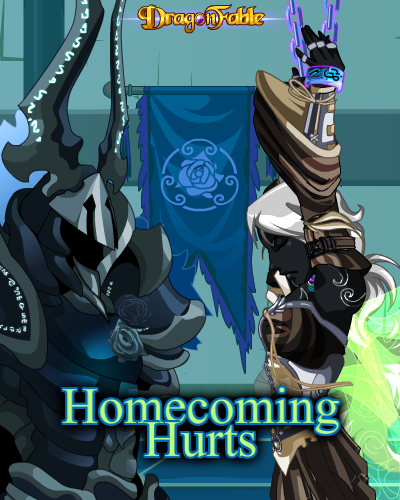 Uh oh. Looks like the undead are starting to overwhelm the defenders of Falconreach. You all have until tomorrow morning at 11:59 server time to win the war. If you don't, I'll save you this time, but next time there will be dire consequences for losing. How dire? Let's just say you do NOT want to find out.

The clock is ticking. Hurry heroes!

I just wanted to share some cool art stuff from our players!

Time is relative, by Ergotth

Bouquet of Roses, by Ryunn

Greetings! The Ficus and its friend, Buckaroo the Bonsai, have left on an adventure of their own to explore the 13th dimension, so now I am responsible for my own DN postings! (Congrats to anyone who got my little joke there over this week. +1 internet points to you!)

Big Daddy needs your help! The town of Amityvale has a BIG problem because Bubble has brought her sour mood there. Do whatever you can to make sure she doesn't make the whole town as angry as she is! 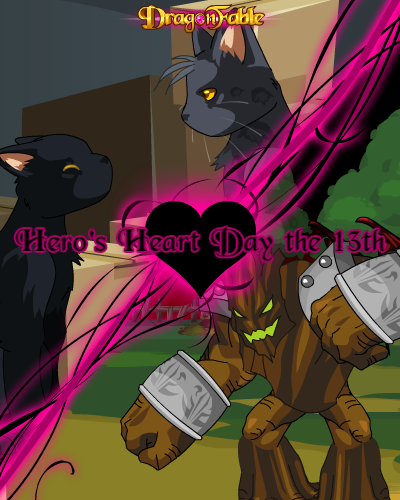 Greetins! Ashendal here once again! The Ficus and its new friend, who I found out is called Buckaroo for some reason, have been having fun over the past couple of days. Apparently they've been spotted doing all sorts of things including playing tennis! I'm not quite sure how two plants are able to play that and no one I asked really wanted to answer my question. Either way I'm able to post another update for you all!

There have been reports of undead massing in the woods around Falconreach. The town guards are holding them off but more seem to be showing up by the day. If they keep showing up at this rate there will be an army here...by Friday! Dun dun DUUUUUN!!!!

I also recieved some info from Dracelix!

After much consideration of what item/npc to recreate in 3D, I've made my choice.
And the character is.......

I've only just started working on him so there's not much to show, but I do have a sculpt of a Dragon you can look at: 3D Dragon Sculpture!

And look out for a weapon or two I'll be releasing this week!

Greetings! Ashendal here! No, I haven't been taken over by the Ficus. I offered it a friend in the form of a Bonsai tree. My offering has pleased the Ficus enough that it is allowing me to post as it! (At least until I figure out how to pop out in a small little box of my own over there in the left corner.)

First up, there have been some people in Amityvale complaining about a cat. This one isn't in a box and it seemed VERY angry about everything. Some people even said that they thought they heard it mumbling about a few annoying people under its breath. Cats can't talk though, right?

There have also been a few townsfolk in Falconreach worried about Serenity. She's been acting very odd recently, jumping when people call her name and answering people who aren't there. It also seems like she's not getting much sleep. It could just be related to the undead slowly massing in the woods outside of town, but it could be something much worse.

I've also got a few other things to talk about!

First up, Tomix has given me something really cool to include as a preview! What could this be? Is it going to be a part of the AoT Armor?

It looks similar to a few things we've used before...hmmm.

Next, I just wanted to talk about armor saving. Yes, we know that it doesn't work for a lot of the new armors. Verlyrus and I don't have access to be able to fix that though. We have already requested one of the three people with access and the most free time to help us fix the issue, but it will take time. Since it's not a game breaking issue like everyone in the game not being able to log in or the game just deleting everyone's entire inventory, it's not top priority right now. We know it's an annoyance having to re-equip the armors from your inventory every time you log in or having to go to the NPC in some cases, but it will get fixed when someone with the access has time.

That's all I have for today! Check back later this week for a few more sneak peaks!

The first quest of Roirr's Saga is live!
Head to the Book 3 world map, select the newly added Tkaanie region on the western continent and pick the village of Ull to get started on this new saga.

You must complete the Tomix Saga before you can access this quest line. 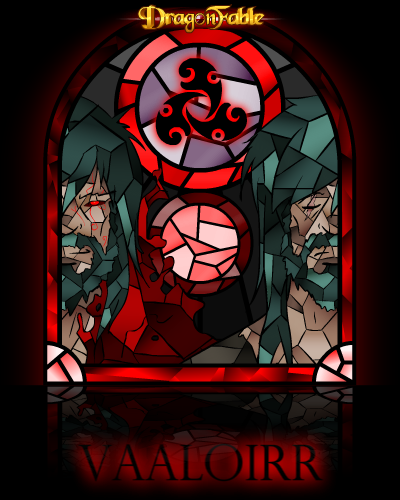 The beginning of Roirr's Saga!

In a part of this week's release you'll be able to experience where Roirr ended up after escaping from the Temple of Óter in the void core!

This will be just an introduction-styled quest, mostly cutscene heavy, setting up the tone for the rest of Roirr's quest chain. 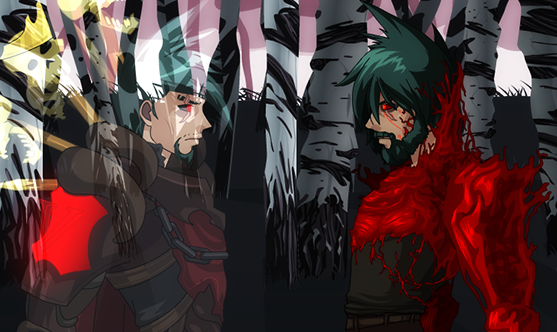 We are working hard on the Avatar of Time calendar class. It will definitely be coming out this month.

I have set up the skills templates, Ash is starting to code.

The AoT design is not done, it still need shading and we'll have to see if the particles cause lag.

Here you have a preview of some of the animations: