It's time to reveal the winners of the Frostval Art Contest! We are so proud of all of you who participated! We will begin giving away the rewards very soon! 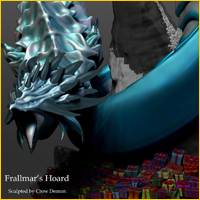 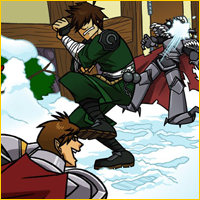 For this month's Reimagined release, we have something much requested, much anticipated, and much needed.

Book 3 has had some incredible stories so far, taking you across the Land of Dragons, the Land of Fables, and more jumps around time than a rabbit jumps to a salad.

This, along with some questionable story prompts and linkages, led to an unintuitive and confusing story, which, while it was fantastic when unravelled, was incredibly hard to decipher (with the odd plot hole along the way).

So, this week, we're proud to release the Book 3 Timeline. This will replace the old "The Story" button when you click Book 3 in the Book of Lore. The Book 3 Timeline contains the most major quest chains in Book 3, with story summaries for major plot arcs, and buttons to travel to relevant locations, all on a convenient and beautiful timeline! We also plan to do a Book1/2 timeline in the future!

A couple major things to note:

So without further ado, please, log in, and enjoy this week's release: The Book 3 Timeline! 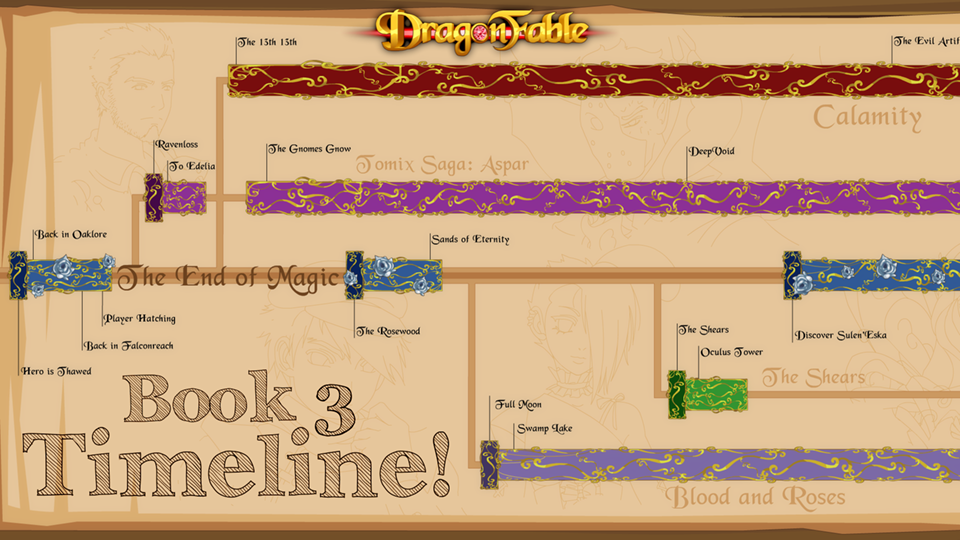 And this, week, that's just what you'll be doing! The grand marketplace, The Forum, has been re-opened for foreign and domestic trade. This new area of the city provides many wonders to see and secrets to overhear. The market also brings a new cape and helm to purchase, three new food items, and a special vendor who will sell you extra potions- for a price- and only if you can handle them (If you have a Dragon Amulet, in other words!)! 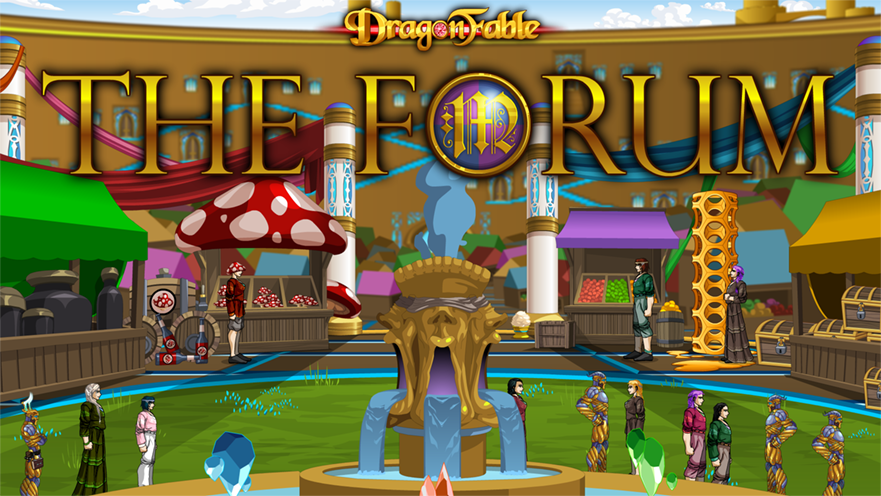 This week's release is live! Apologies for the lateness, but it's here!

It's time for the next chapter of the Thorns saga! You've followed in the wake of Theano's malevolent plans, always one step behind. You've rescued Belle, and brought her to Warlic for training. There's nothing to do but wait until Theano's next move... And now, his next step has revealed itself.

People have gone missing from the forest town of Verteroche, which means it's time to investigate! 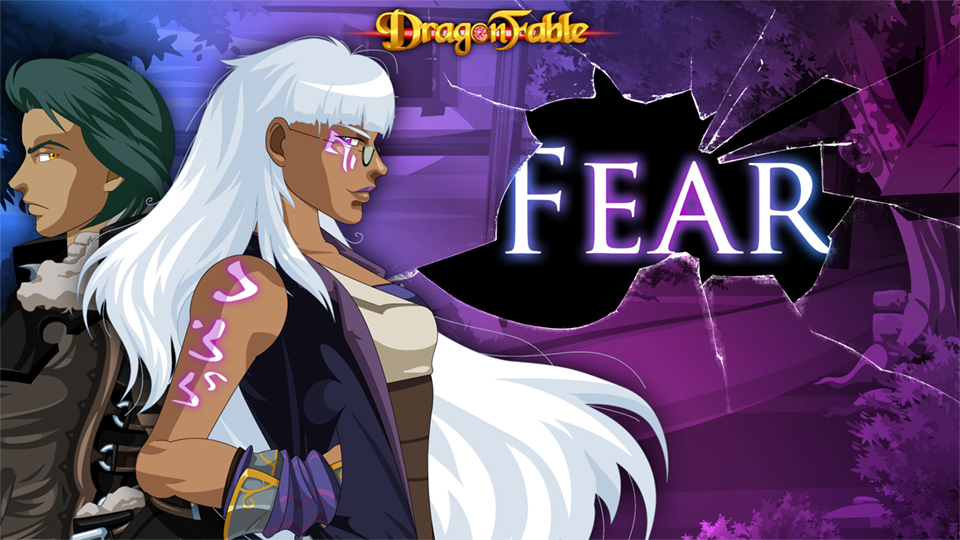 What could Theano have planned? What's happening to the villagers of Verteroche?

Head over to Ash -> Quests -> The Thorns in Book 3 Falconreach, to play this week's release: FEAR!

The Frostval Storybook has left for another year! Catch it again in December, or purchase the Storybook Collection to play it all year round!

This means that the Snowpeak War has gone static, and will no longer drop Defender Medals (although presents and upgrades are still available).

Are you scared? Have theories about what's next in the Thorns side story? Just who IS that lady? What are you scared of in DragonFable?

Unfortunately, the next Thorn's quest has to be delayed until Saturday. It has some very cool scenes that we really want to do justice, and we need just one more day.

Until then, please wait patiently and bear with us, as we finish up this week's release!

It's a new year, and we have so many awesome things planned and in store for everyone! Starting off this year, we have the first challenges of a new board at the Arena at the Edge of Time! 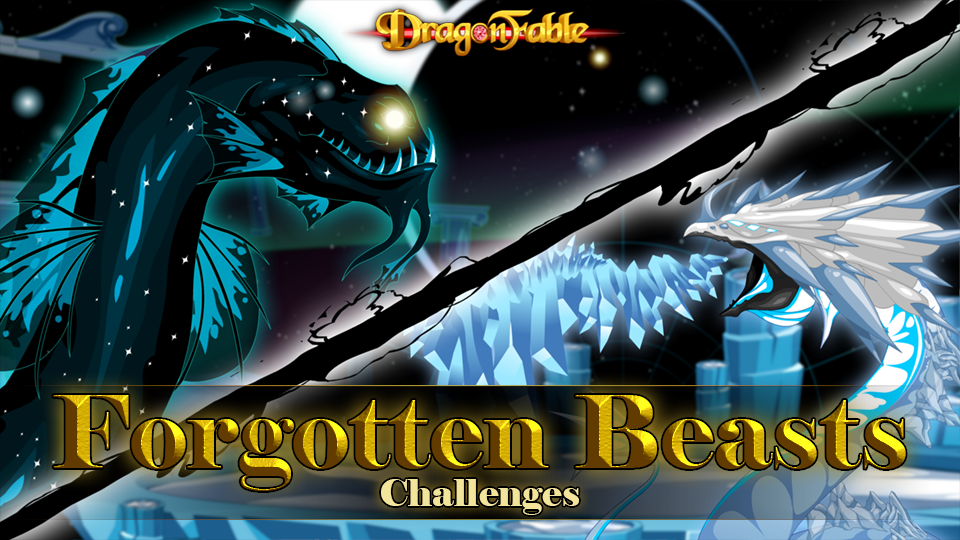