PS - Sorry I haven't been talkative lately. Lots to do on other projects. Server coding is boring.

Tomix has been moving steadily forward with Pyromancer. This week he brings you the options for the walk cycle for pyros!

Make sure to visit the thread in the DragonFable General Discussion and vote for your favorite!*

Disappearing Ghost!
Oh noes, Ghost has gone incorporeal!** So that means Tomix will be working on the cutscenes for the quest this week! Wish him luck.... muahahaha!

*Tomix says I can't influence the vote,
but I know which one I'm voting for!
HAHAHAHAHHAHAHAHAHAAAA! /cough

It’s been a long strange trip bringing you this quest.  A lot of crazy RL stuff was happening when this quest was being planned and built, but we pushed through it to bring you this offering.

Both Alina and Geo were quite touched when they found out that DragonFable had also brought together Serenity Okami and Imaru.  While I was visiting the lab with Chainsword and Lady, Geo and Alina said they were thinking about doing a quest for them.  I naturally jumped at the chance to honor two people I have grown to know through the forums.  It was decided that a quest should be made that was slightly inverse of the one Rolith did for his proposal to Alina… Serenity should rescue Imaru.

I chose the pirate theme because for the longest time he was calling himself “Captain Imaru”, so I build this quest with that in mind.

I admit to some teasing and some underhandedness. A while back, I sent a message to a forumite to start a thread.  This thread would be your contribution to the release today.  That thread was the “What scythe will you never remove from your inventory?” thread.  Your top choices were taken into account when creating some crossed scythe house items. When I asked Serenity for her NPC art, I told her it was so that I could get an honest appraisal from Ghost.  True Mortal, after completing his scythe, showed it to Serenity, telling her it was just something he was working on.  I asked the questions I needed but was always careful not to let either of them know what we were up to.

Ghost worked hard on the cut scenes, True Mortal and Dracelix provided artwork for the pirate ship as well as creating scythe rewards for this release.

Serenity Okami and Imaru;  Wuv, twue wuv (yes a PB moment there), is a great blessing.  You two take care of each other and support each other in all that comes your way and I promise you this; you will be able to stand against the world.  We wish you all the best in your future and look forward to hearing about your eventual wedding.  Great luck you two!

Tomix has decided on the final art for the male and female versions of Pyromancer. Now that the final static artwork has been decided upon, Tomix will start working on some amazing fiery animations for the class! 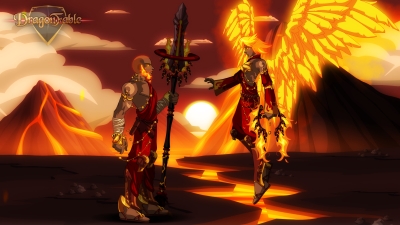 The tension between Warlic and Alexander has finally boiled over and they're ready to fight! Log into your Alex character to witness the maddening beginning of one of Lore's greatest villians!

The reward scythe will become available to your main characters next week through Alexander's burnt house.

The Spire
The Spire is the center of Atealan learning and governance. Visit it now through the Atrean Sentinels in the central square of Atrea! Each of the class-restricted rooms holds the preview for the new Atealan base classes! Make sure to visit the DragonFable General Discussion to give us feedback on the skills.

For now, the female versions of the armor will be their male counterparts animations. As the females get fixed and de-bugged their appearence will be updated!

Rolith has been working hard to catch up and get the Atealan classes ready for a preview this Friday! You've already had a small preview of what the classes will bring with the possessed versions that have been fighting in Wrath of Wargoth!

When The Spire finally opens the Ateala will begin to share their secrets with those they deem capable! Though there are a few conspiracy theorist Atealan's that have their doubts about... humans. 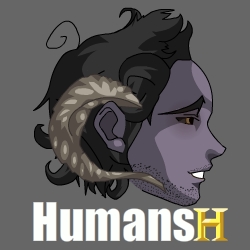 This week Tomix is going to be previewing the female Pyromancer!

The first installment of new belts, rings, necklaces and trinkets are now available in the Defender's Shop! The Escelense Set will be coming soooooon!

The Catapault will unlock at 25%! BattleOn!

It's time for Tuesdays With Tomix! This week he's gotten together a preview of the male pyromancer! 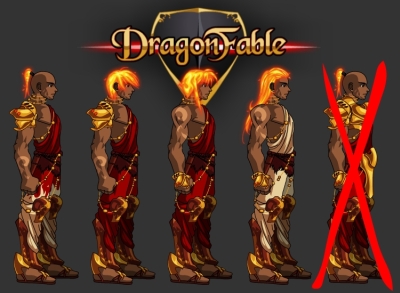 This week's quest can be found by exploring the path between Amityvale and Hunter's Paradise!

From the Kensai’s cave (late yesterday!);

It’s about eleven pm. I’m working on a background and munching on fudge brownie cheesecake. I’ve been thinking about what to say about this week’s release. I think it’s safe to say it was the earworm that took hold and grew all around me. It started with those dodge commercials… “Little Red Riding Hood”… Then I happened to be reading a book by Terry Pratchett called “Witches Abroad”… wherein they encounter grandma, just before she’s about to be consumed by the big bad wolf and save grandma themselves…and finally I heard a quite good version on You Tube by Amanda Seyfried*… It was quite enjoyable… and finally the topic of DF and fairytales came up in a discussion… and I thought about it… and it all came together…. Let’s take that old favorite fairytale, Little Red Riding Hood, and, in the spirit of DF, twist it …. HERE…..Enjoy!

*If the catchy lil song catches you by the ear, don’t blame me, blame Sam Sham and the Pharoes; they made it originally.

Next Week...
Fate and fire are gathering. Magic is fighting metal. Infernal and human struggle for dominion over their own shared subconcious. Will Lore survive this war?

The next Chapter 2 quest should come along just before the war next week*. The Ateala will also be opening the spire and start previewing** their base classes to help in the war! 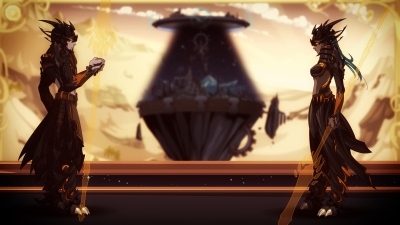 Tomix has continued work on pyromancer class. This week he presents the colored version of his concept sketch! 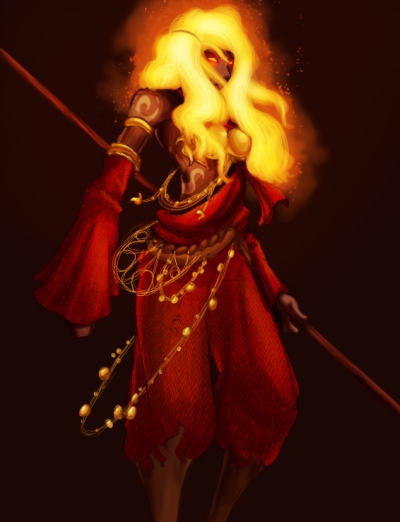 J6 has sculpted a replica DragonSlayer Helm! There are very few in existence and the second is firmly on Galanoth's head. The first though is available through eBay.