Take a stroll (especially at night!) and enjoy your sturdier, more secure home away from home! All thanks to the hard working citizens of Falconreach! (and thanks to the Rose and their supplies)

The necromancers have also finished up the cemetery!
Yay...!

I didn't get a chance to FINISH up the cemetery, so no epitaphs yet.

If you find out any bugs in the new, rebuilt Falconreach, please let us know! There was a LOT of things to link up (FR is the BIGGEST town in the game), so some things might have gotten... mixed up! 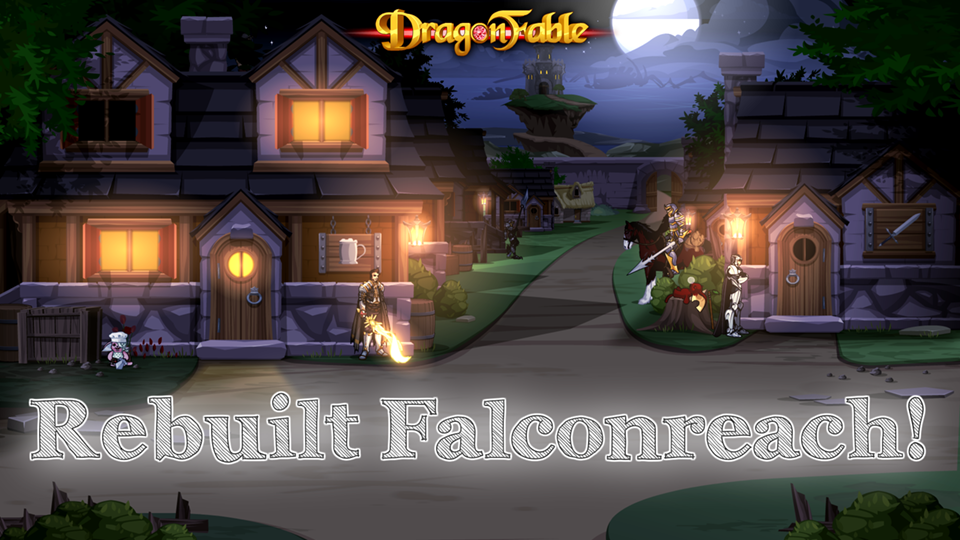 The release is live!

This week, the Hero returns to Grandiflora and the Branden Quarter!

After finding the compass of one's of Grandiflora's soldiers, Lansezeur, you've finally begun to follow the trail. Problem is, it stops cold right there: there's nothing that might point the way forwards and it seems like another dead end otherwise...

But Grandiflora's memory has been jogged by the finding of Lansezeur's compass. According to him, there was something: An open market they ran by while falling back and Lansezeur had been the one to spot it. A slightly eerie and disconcerning place, full of empty stalls and rotten food.

To get the Talk Like a Pirate Day celebrations started, there is now a +20% gold and experience point bonus from monsters in game until next Friday, September 28th!

This isn't all either- there's more piratey goodness to come later this week!

An Elegy of Ice and Fire

This week's main release has finally arrived- the next quest in Book 3's main story is here!

Last time we checked in, the Hero was wandering around Nieboheim (capitol of the Shapeless Empire), learning about the local cultural and gathering information about the Magesterium- the rulers of the Shapeless Empire-, King Alteon awoke to find himself in some strange company, and Queen Victoria found herself in between The Rose and a hard place.

This week, you'll discover the Heroes' Guild of the Shapeless Empire, running an errand to get into their good graces (and to reclaim your title of hero in this new land!). Meanwhile, Jaania has returned to her duties... and begins designs on a plan that could change the world of Lore forever.

I'm afraid the next main story release will have to go live tomorrow, on Saturday. I just couldn't keep working through these tears! The animation proved to be too robust and I just need another day to finish it!

You'll be in for the treat, at least! As your hero continues gathering information and joins the Nieboheim Guild of Heroes, Jaania starts development on plans that may change the world of Lore forever... until she's interrupted by some unexpected visitors.

The next part of the Azaveyran Challenges is here!

This time, you'll be facing against an enigmatic Unraveler, a being from Tkaanish mythos and tales folks say to scare the children.

Even though this figure is absolutely not real (or is it...?), the Inn has created a representation of it for you to conquer and earn rewards.

Get the Artix Game Launcher

Help us test our new Artix Entertainment Games launcher. We built this to future proof our existing games. Using this launcher removes the need for a browser or the Flash Plugin.

This week, from September 1st to September 7th, 2018, when you purchase Dragon Coin packages (excluding Dragon Amulet and Doomknight packages), you will recieve 50% more Dragon Coins! 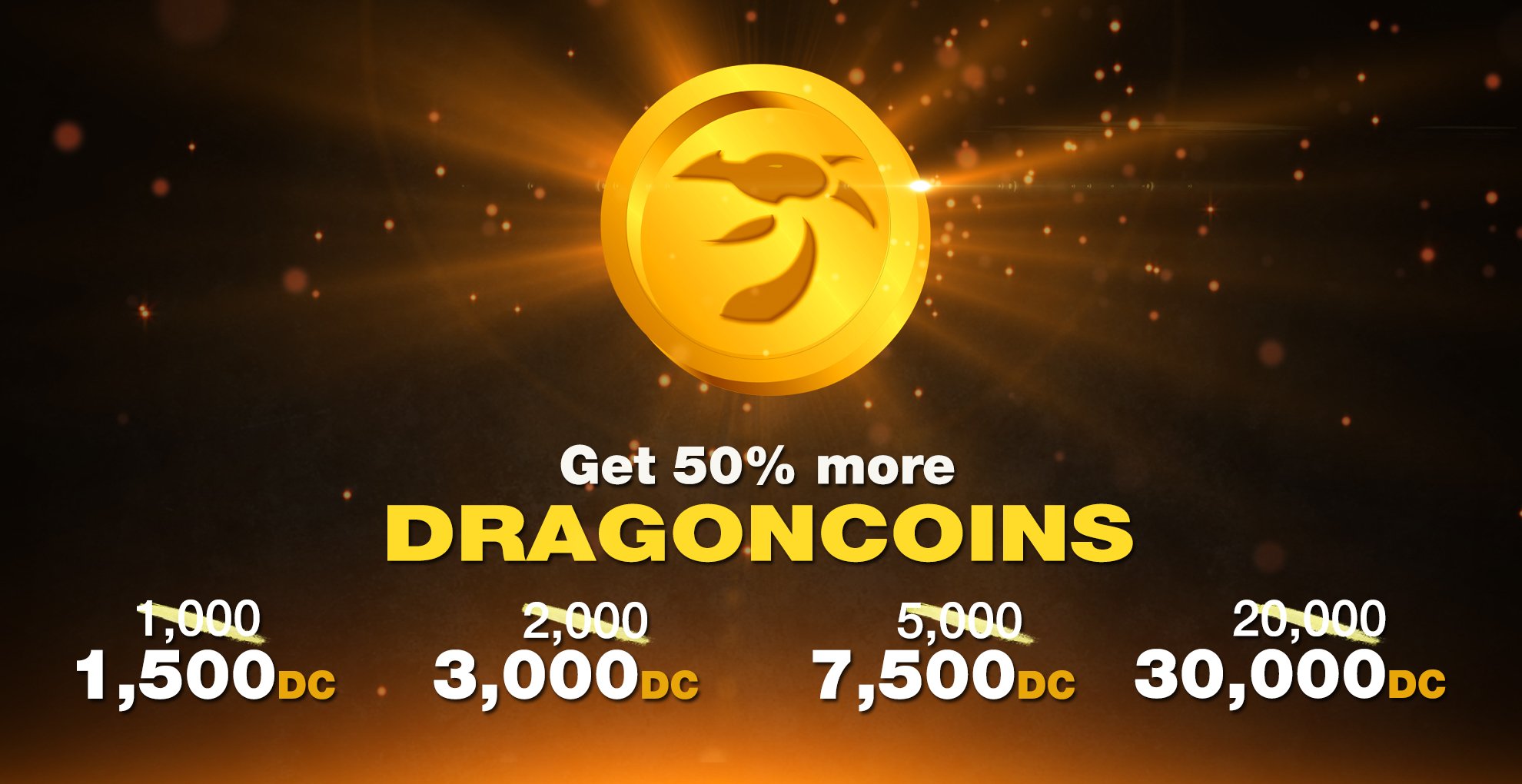