The Crossroads north of Falconreach have now opened in Book 3! Head east out of Falconreach, and then head directly north to explore the area and see how it's changed. The path used to lead to Dragesvard, Lymcrest, and Willowshire... But how have things changed over the years? 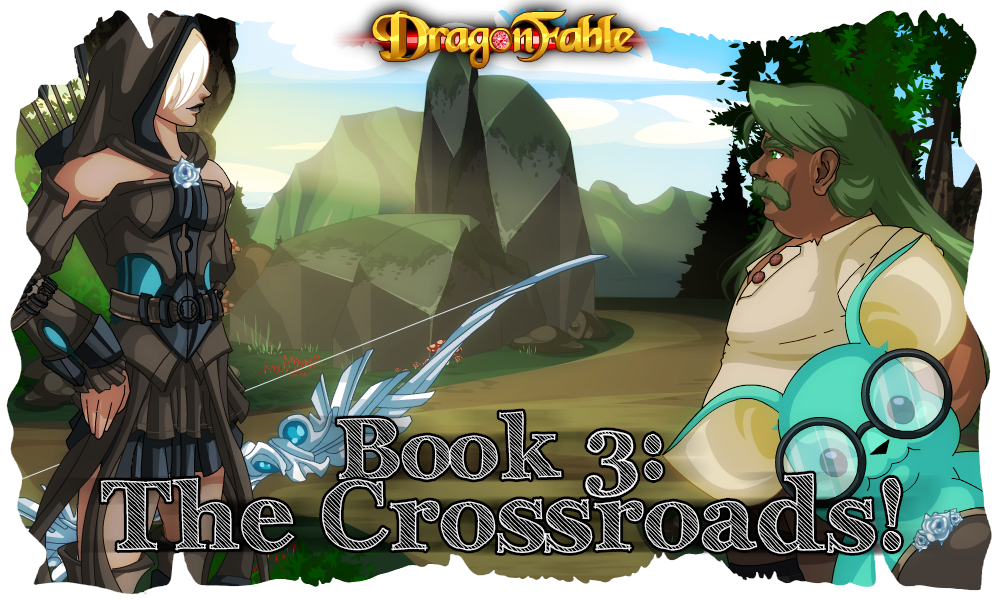 Have Lymcrest and Willowshire recovered? What is the Rose up to? Find out in this week's travel exploration release!

Also, Teka has recovered a new book titled "A Collection of Lorian songs, rhymes and other things"! Check it out in the Libraseum.

Character stats have been revisited!

The goal of these changes is to add much more variety to stat builds, while also reducing and refining the effectiveness of LUK. LUK is now about all or nothing- buffing direct hit chance (bypassing defenses), buffing MPM (bypassing damage), and buffing crit rate (bypasing BPD), and not so much about damage. This brings it more in line with CHA as a secondary stat.

STR, DEX, and INT recieved major effects to further cement them as primary stats. There are tons of interesting combinations to play with and explore! I hoped to make some old classes more viable with this, as well as adding more variety to builds.

Let us know on the forums or on twitter what you come up with!

Have theories about the Crossroads and adjacent locations? Have new build ideas you want to try out and share? Join us on the forums and Twitter!