Arena at the Edge of Time: Unending Empires

For this month's Inn at the Edge of Time challenge, we return once more to the Lost Fables board! 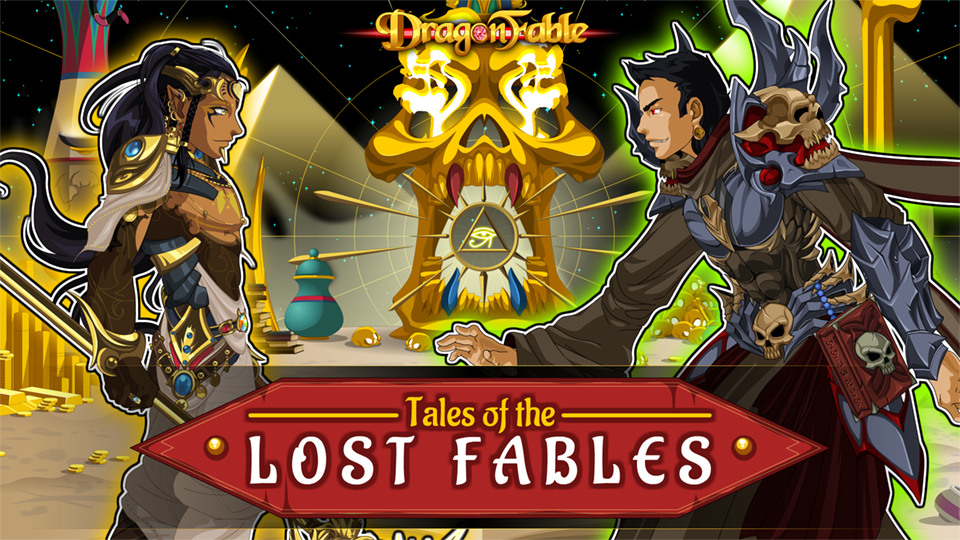 What awaits are are two of Lore's... longer lived denizens. A familiar looking Sek-Duat, ruler of the Sandsea, and Noxus in his prime, poised to wrest control of the Necropolis!

There are a few new mechanics to learn in this week's release, and we look forward to hearing what you have to think about them!

If you're up for dodging some arrows, head over to the Inn at the Edge of Time to face the rulers of the Unending Empires!

Also this week, the Unity and North Weapons have returned to the Book of Lore!

The Pride Wings and Capes shop has been moved into the Shops tab of the Book of Lore.

Finally, I'm going on vacation for two weeks! I hope everyone enjoys what Dove & our awesome writers have in store for you!

And that's all for this week! Having trouble with any fights? Have feedback about recent releases? Have any crazy theories or ideas? Want to discuss all things DragonFable?