The Exaltia Tower: The Archives

In this month's Arena at the Edge of Time update, a new floor has opened in the Exaltia Tower!

Traverse The Archives of the Exalted and fight your way through Infernals and Celestials in your quest to reach ever higher in the tower. 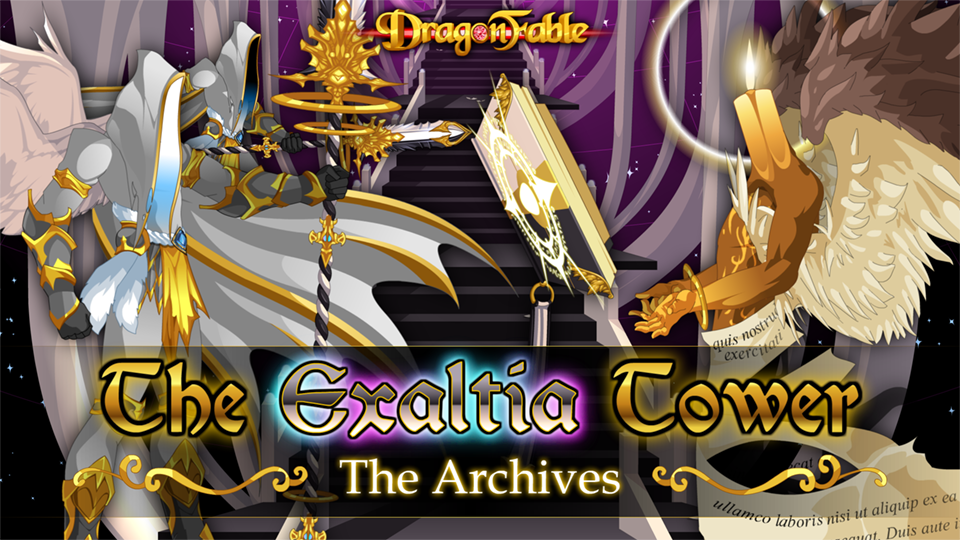 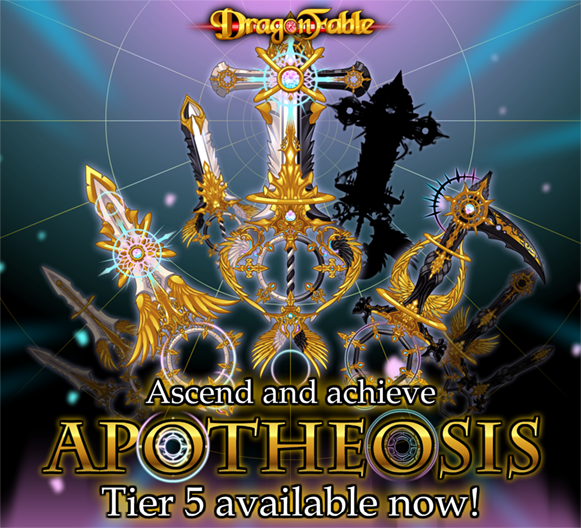 Head over to the Inn at the Edge of Time to ascend the next floors of the Exaltia Tower!

In other news, Chaosweaver is coming along! The groundwork has been laid out, and several skills have been coded. The class mechanic, Soulthreads, is looking to be quite strategic.

Riftwalker has been updated today as well.

These changes should bring it more in line with the other Atealan classes.

Have feedback about today's release, or the game? Having trouble with the battles? Want to discuss all things DragonFable?