This month's Reimagined release is here! This month, we have new art and organization for the town of Sulen'Eska, and Guardian and Pyromancer revamps. 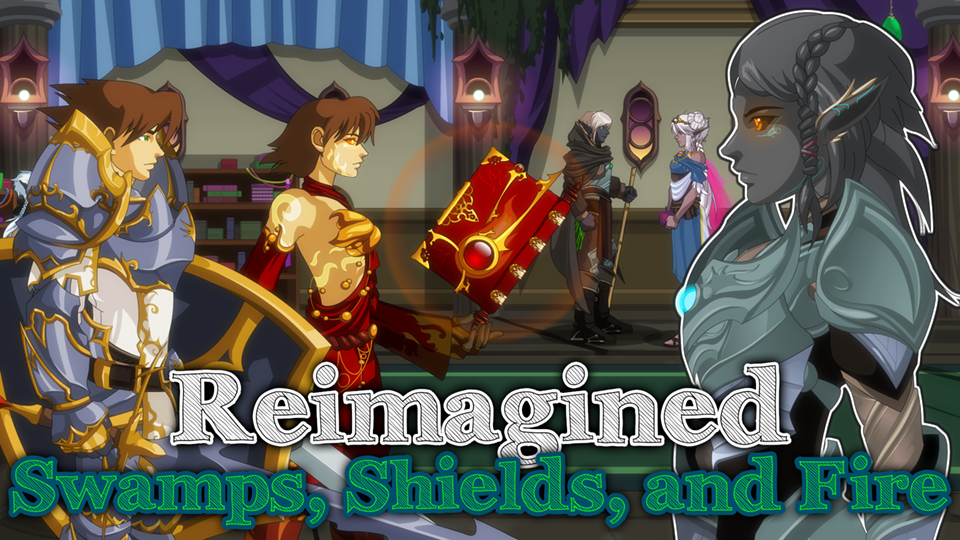 First up, Sulen'Eska has had an overhaul! Dracelix has created new art for the entire town and the Vind. Head over to check out their new swamp-tree base!

We wanted to Reimagine the quest "Rescue of Elanee" this week as well, but unfortunately, with Dove on break, the quest turned out to require a bit more work than we had hands for. Also, please note that this is not the final update to the town of Sulen'Eska. We have many ideas for additional new dialogues and interactions.

Next, Guardian has been reworked.

Guardian now has a new passive ability: Servant of the Avatars.

Whenever you use an element locked Guardian skill (does not include trinket skills or weapon specials), your next basic attack will receive +75% damage and +50 Bonus, as well as inheriting the element of the empowering attack.

For example, if you use the Energy skill Mega Shock, your next basic attack will be empowered with Energy.

Guardian has also received a bunch of other changes.

Those are the Guardian changes! To note, we are aware of some issues with its art, animations, and its weapon special animation. Unfortunately these aren't quite able to be fixed this week.

Finally, Pyro rework changes! Pyromancer was in a fairly decent spot before, but lacked some power. With the stat reworks, it was also odd that it benefitted more from DEX than INT. These changes hope to address that.

With these changes, Pyromancer is now very potent with INT, being able to burst foes into flame with critical hits, as well as being able to survive the harshest attempts to blow it out.

As with all reworks and balance changes, feedback is important, and changes are still possible. We'd love to hear your thoughts on these changes!