For this month's reimagined release, we have rewritten, recontextualized, and readded the trio of quests that previously were the start of the Sulen'Eska storyline. 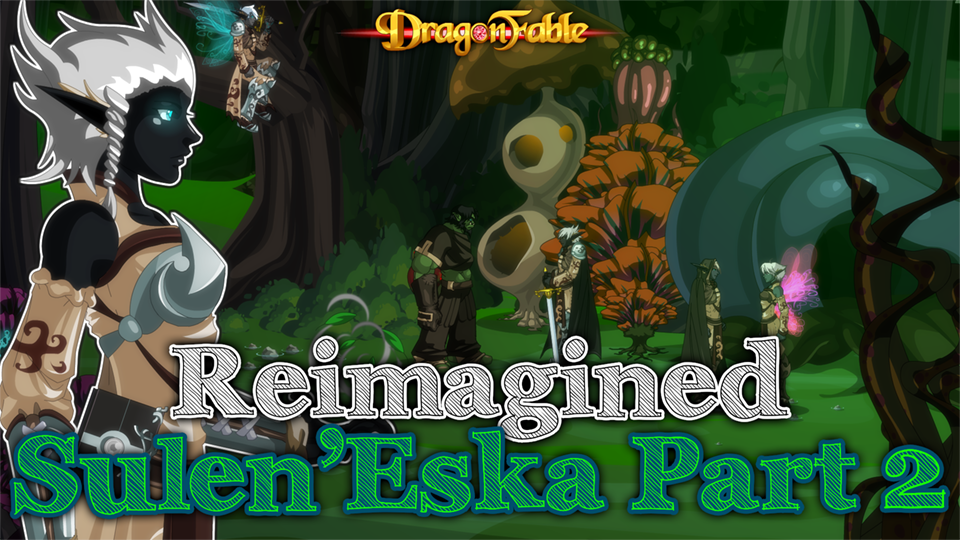 The rewards for these quests have now had level 90 versions added, and the level 21 versions no longer require a Dragon Amulet to use. Also, a bug has been fixed with the Swordhaven Cape III where it gave an undefined resistance.

Head over to Sulen'Eska to play this month's Reimagined release!

Evolved and Color Custom Evolved DragonLord have now been added to DragonLord's customization options with new art from Dracelix! If you previously had these classes equipped, you'll have to go to the Class Customization room to customize your armor to the respective Evolved pieces! We've also added a Feral 2 option, which has element-matching glows.

The color custom shading on DragonLord has also been reworked, and should stand out and be much better looking than before.

Dove has also made the DragonLord's wings match the Color-Custom-ness of your body customization.

Also, the Anniversary Sycthes will be leaving for another year with next week's release! Make sure to pick them up while they're here!

Finally, this has been a stressful but incredible month for all of us working on DragonFable. We'd like to thank all of our players for playing and supporting the game, and getting us through another year of awesome stories and challenges.

It's all thanks to you that we're able to keep doing this, and we do it all for you!

Here's to another year and many more of DragonFable!