In this month's reimagined update, we've rewritten Cinquefoil's Sandsea questline! These quests, centered around the hero meeting and interacting with Magus Hansa, have been rewritten and re-animated (no pun intended!) to better fit with Book 3's current story direction. 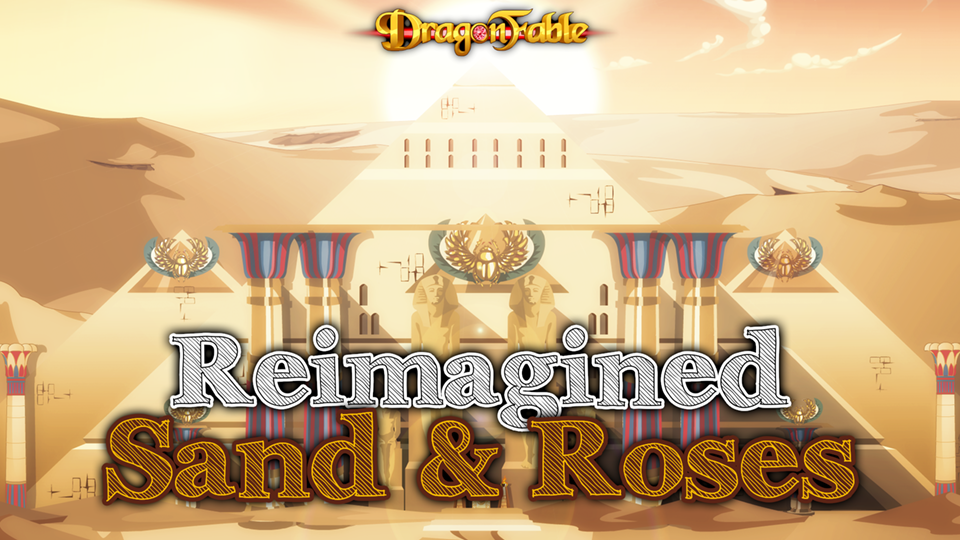 Sound and music have also been added, as well as new level 90 versions of all of the rewards. Cinquefoil also has new unlockable dialogue referring to her identity, and where to go/what to do after completing the quest chain.

Unfortunately, due to emergency circumstances, Face of Death will not receive an audio/animation overhaul this week.

Additional dialogue: Unlocked after Rose Fort and Sands of Eternity.

The book found in the Rose Fort, The Nature of Magic, has also been rewritten.

Head east of Book 3 Falconreach to Cinquefoil to explore this month's reimagined content!

Also this week, a bunch of bug fixes and updates.

And that's all for this week! Next week, we have some new inn challenges are coming your way!

Have theories about the story? Feedback about recent releases? Have something you'd like to see Reimagined? Want to discuss all things DragonFable?