This week, we have our monthly Reimagined release! And there's a lot to go over.

First of all, we have the 100 Rooms of Fiery Doom reimagined! 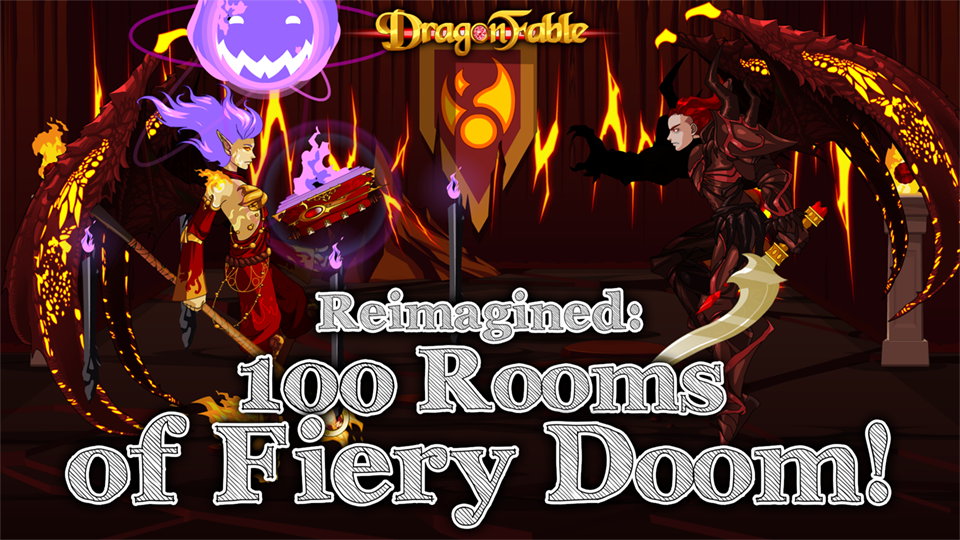 The art and rewards have received an update! While the Wings of The Hundred Flames are still the most common reward, you'll rarely be able to receive the new Wings of The Thousand Flames! If you're not up for some farming, completing the dungeon once will grant you access to a shop that sells the Wings of the Thousand Infernos for 500 Dragon Coins.

You can access the 100 Rooms of Fiery Doom from Riverine Keep in the Deadlands from the Books 1 and 2 Travel Map.

Next up, Cana the Barberian has a variety of new hairstyles for you at the Inn at the Edge of Time! 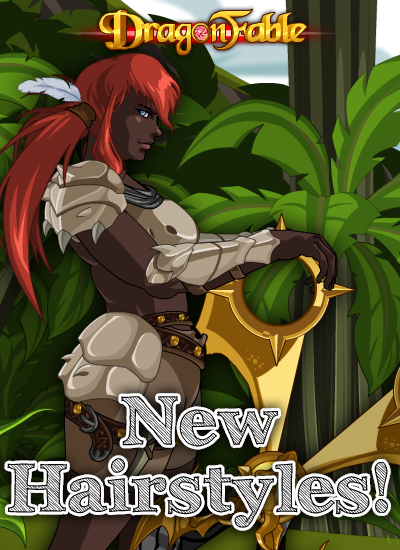 And there's more! A training dummy is now available from the greenscreen room in Book 3 South Falconreach. Test out builds, combos, and take some fantastic screenshots! 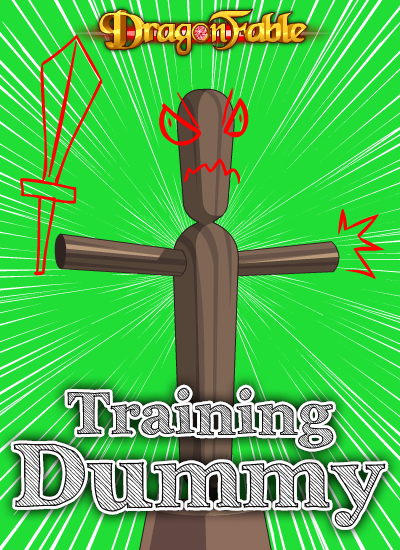 Finally, we have a revamp of the Options screen!

The new options screen looks much better than before, and has some adjustments! External links to your character page, Heromart, the DragonFable Homepage, Facebook page, and the Forums have been added. A button to return you to the Character List has also been added.

The "Best" graphics setting has been removed due to being an extremely marginal improvement in graphics over "High", and often not an improvement at all.

A new option, "Hide Damage" has been added. This option hides all direct damage floaters during battle. Best for taking screenshots of the action! This option is also NOT saved between game sessions.

Also, the Freedom and Unity weapons will be leaving the Book of Lore with next week's release! Make sure you pick them up while you can! Who knows if they'll return next year?

Phew, that's a lot for this week. Have feedback about the game or the changes? Want to discuss all things DragonFable?