Book 3: Reimagined: Caught in a Vise!

This month's Reimagined release is here. A new quest has been added to the Sulen'Eska quest line! 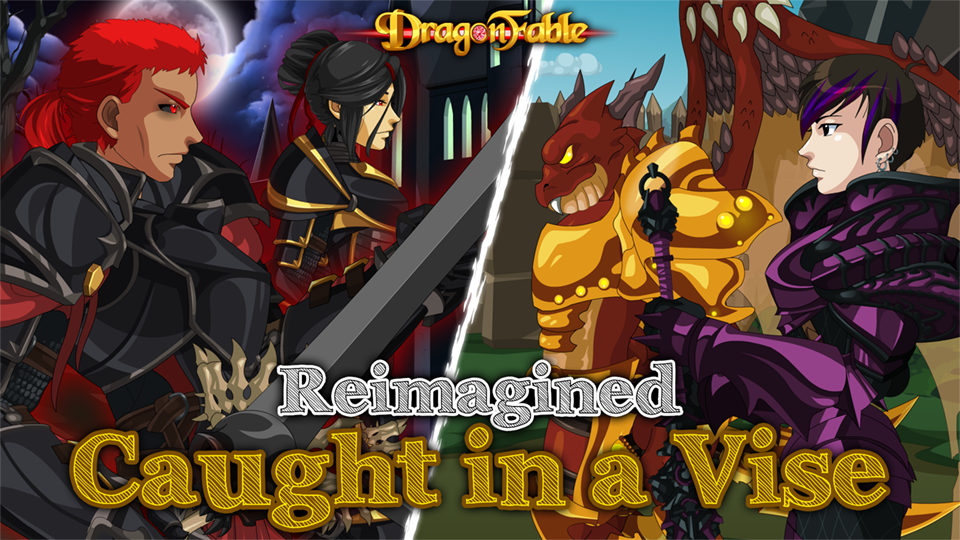 Caught in a Vise takes place between Haven on the Horizon and the Dragon Rose War. The dravir of the Haven still don't trust the Vind, and something needs to be done about that... before the forces of the dragons and The Rose arrive!

Completing this quest will reward you with a new helm, and if you're lucky, a color custom cosmetic version!

Note: With this reimagined release, you may be required to replay the Dragon Rose War finale and its subsequent quest afterward.

Head over to Sulen'Eska to play "Caught in a Vise"!

Also, as part of this Reimagined release, DeathKnight has received a revamp!

There's a lot of new things here! But, please keep in mind, as with all revamps and class updates, things are subject to change!

DeathKnight also has a handy new widget that lets you know which presence you're in, as well as the number of relics you have equipped!

With this rework, my goal was to give it more of an identity as a "master of death". You'll use Consuming Presence as well as Dark Rite to sacrifice health in order to deal large amounts of damage, and then you can also use Healing Presence to regain health at the cost of damage. The DeathKnight relics are much more important to use with the class now, although not totally necessary. You also have a number of very cool tools to defy death and survive on the edge!

So, what do you think? Give it a try in game and let us know your feedback!

A number of bugs have been fixed as well.

Finally, the Hive Ranger gear is leaving after this week. Who knows if/when it'll return? If you're interested, make sure to pick them up before they leave!