This week in DragonFable, we have an overhaul of the baby dragon as well as a new quest from Dove in Bk3 Sunbreeze Grove!

First off, your dragon has some big questions! Head over to Book 3 Sunbreeze Grove and talk to Dove for some... answers? Explore the Whispering Steppes and the ruins of an ancient monastery in this week's quest: Monastery. 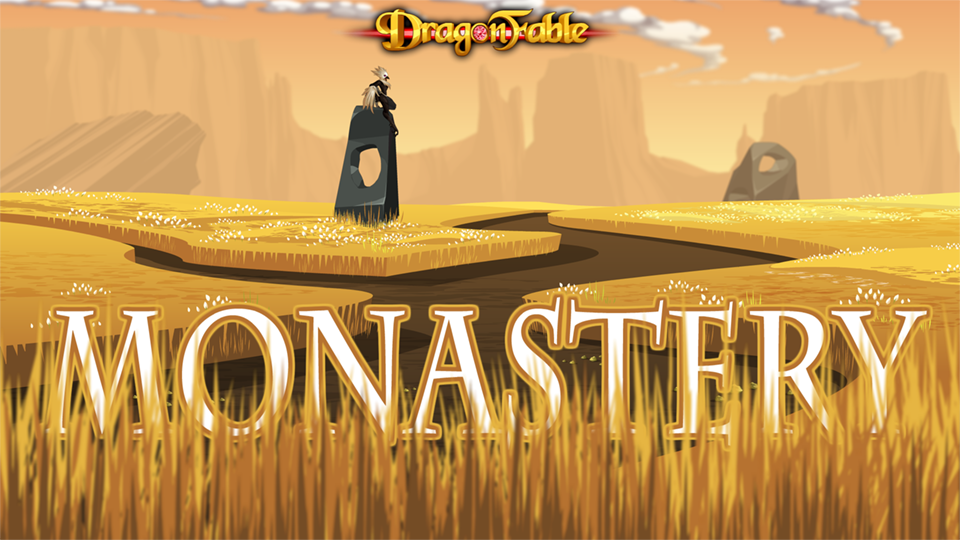 You must have grown your baby dragon at least once (to toddler or older) and completed the Book 3 Calamity story to play this quest (and you need a Dragon Amulet!).

Next up, we have a major overhaul of the baby dragon.

Previously, the baby dragon's skills relied too much on randomness. There were many possible effects for each skill type, and it wasn't reliable to use when you needed it.

This overhaul aimed to make baby dragon skills reliable and consistent, as well as giving the baby dragon a much needed boost.

All skill types now have two tiers of skills instead of the previous 5 tiers and 1 capstone.

Baby dragons can only use tier one skills, toddler and above can use all skill tiers, and kid dragons can use their Primal skill as well.

Not only that, if you train Magic or Fighting, your dragon has a chance to do a special boosted attack instead of their breath attack.

Now this sounds great and all, but another issue with the dragon was that you could only select these skills when you had the dragon as a guest.

With this release, if you have Manual Pet Turns checked in your options, you will be able to manually command your pet dragon in battle, selecting which skills to use, and when. No more randomness!

Dragon base damage has also been increased significantly. Dragon average damage is now based off of 85% of your level, + and - your level divided by 9.

The Dragon Amulet interface and Dragon Training interface have also had some major updates and quality of life changes.

Note: The dragon element change changes do not affect the Element swappers in Sunbreeze Grove.

Other fixes and changes:

Next week, I'm off on vacation, so you'll have something very neat cooked up by Dove and Dracelix for this year's final anniversary month release.

I can't wait to see how it turns out!

Have theories about the story? Feedback about the dragon changes? Want to discuss all things DragonFable?