This week in DragonFable, Verlyrus the boxcat has a new task for you! After running so many tasks for the cat, last time, you convinced the mayor of Amityvale to allow Verlyrus to somewhat legally stay in his house. Now, Verlyrus has yet another task for you- now that he owns the place, it's time to redecorate!

And he's missing one special decoration. Which of course means it's up to the hero to help out! 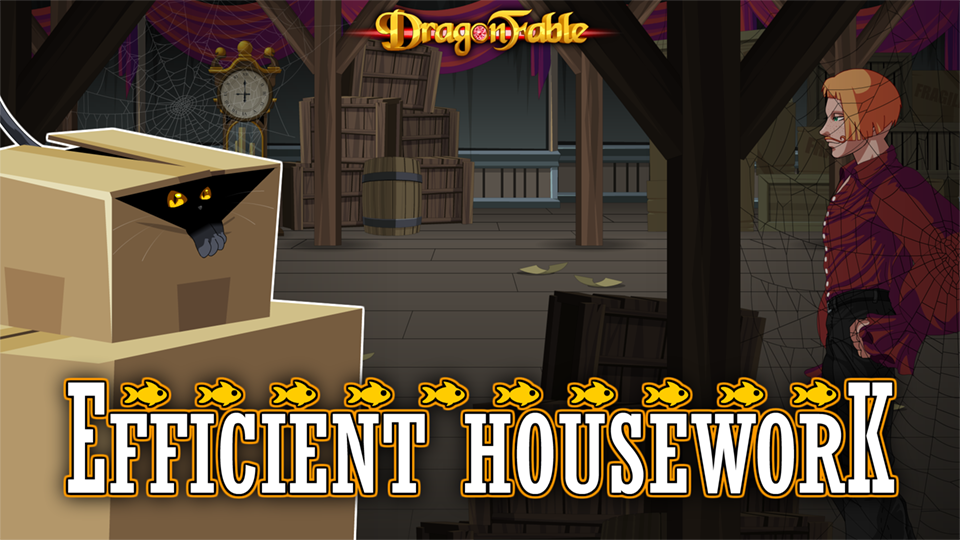 Head over to Verlyrus' house in Book 3 Amityvale to come to your favorite boxcat's aid in this week's quest: Efficient Housework!

Also this week, Sirius has been added to Book 3 Falconreach. Sirius will not appear until you've completed the Thorns saga, and, will appear as a purple mist until you complete A Serious Encounter.