This week in DragonFable, a new notice has been left on the Serene Inn's Odd Jobs board. It seems that something has gotten the inhabitants of Surewood Forest agitated and frightened, and someone needs your help   getting to the bottom of the matter!

Just don't let whatever is behind the disturbance get the drop on you! 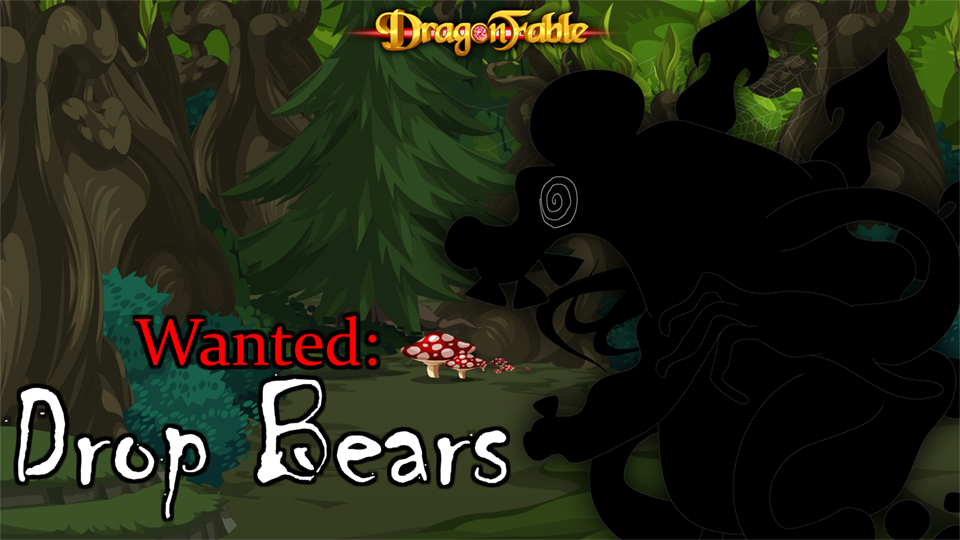 You can access this week's quest: "Drop Bears" from the Odd Jobs board in Book 3 Falconreach's Serene Inn.

A few bugs have also been fixed this week:

Finally, Dove is starting to feel better, so with any luck, we'll be back to normal releases by next week.