With Dragesvard lost in cold, silent ruins, the DragonLords have taken their first steps in reclaiming the city. But the fungus won't relinquish its hold so easily... 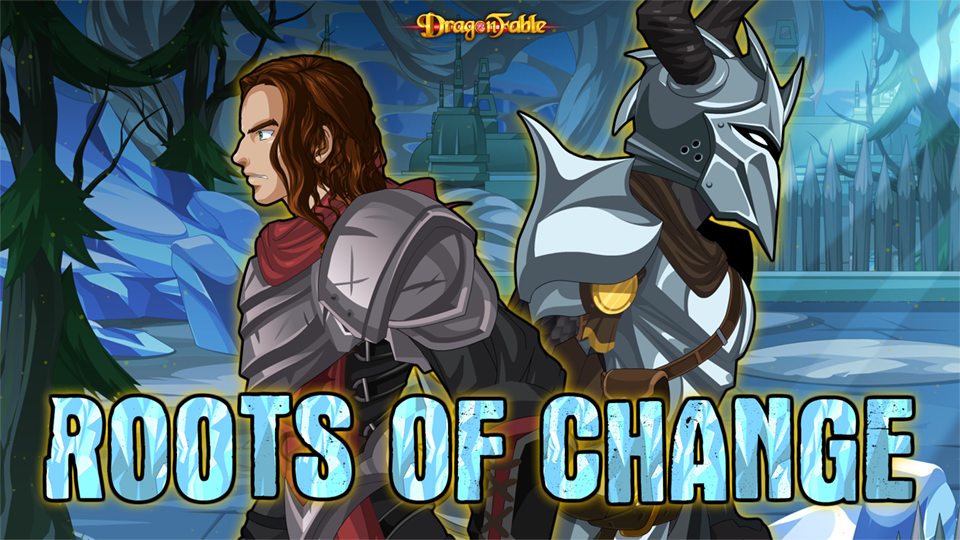 Book 3's main story continues! Last time, the Greenguard Alliance discovered the remnants of the Dragonslayers in the destroyed ruins of Dragesvard.

This week, you'll report back to Captain Lestrad, while back on the mainland, decisions must be made.

Grab your Self-Containment Unit and head over to the Dragesvard Camp from the Book 3 Travel Map!

Also this week, we've got some adjustments and a bunch of bug fixes.

First up, some changes to last week's Never Apart challenge:

Many of these may require clearing your cache.

There's still a number of bugs to address, but I've managed to clear the backlog by quite a bit!

Also a sneaky update: If you've completed AdventureFriends 2, Aegis has some new information for you in Book 3 Ravenloss!

And that's all for this week! Next week, we plan to have another main story release as your journey deeper into Dragesvard continues!