The Big and Small Challenges Have Arrived!

This week in DragonFable, we have some very special visitors to the Arena at the Edge of Time! 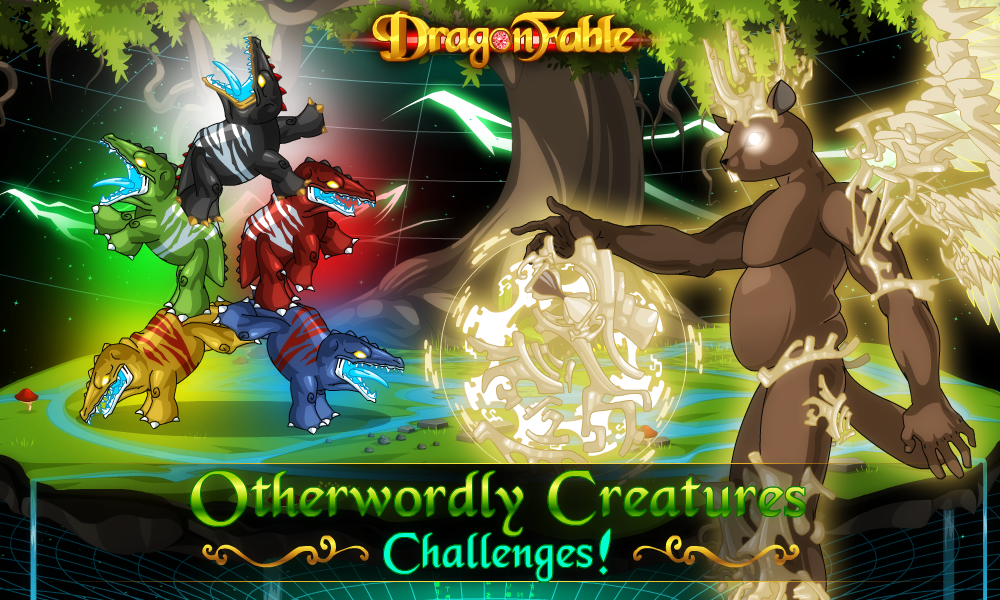 First up, the Super Sentog Justice Go! team, supertogs from another timeline, are here to face you in combat! Can you take all five of them down?

Sentog Red is quick to anger, and has a firey personality. His favorite food is curry!

Sentog Yellow is the smartest of the group! She's got a stunning wit!

Sentog Blue loves to swim, and is hard to catch! She's been voted the prettiest sentog 5 years running!

Sentog Green is fast! Watch out for his quick strikes. He likes to run outside!

Sentog Black is mysterious. He's very handsome, but what secrets could he be hiding?

Next, we have Groundhog Dave.

We're not entirely sure where he comes from. He appears to have the ability to control time within a period of two weeks. And he's also a very large groundhog. I'm sure everything will be fine. Just try not to stand in his shadow for too long.

Defeat them to earn the Sentog Helm and Groundhog Wings for your very own.

Head over to the Inn at the Edge of Time and do your best!

Having trouble with the fights? Have a strategy you want to share? Want to discuss the implications of the existence of a world where togs are superheroes? Is Groundhog Dave his REAL name?