At long last, it's that time of year again... Time to return to... AdventureFriends! 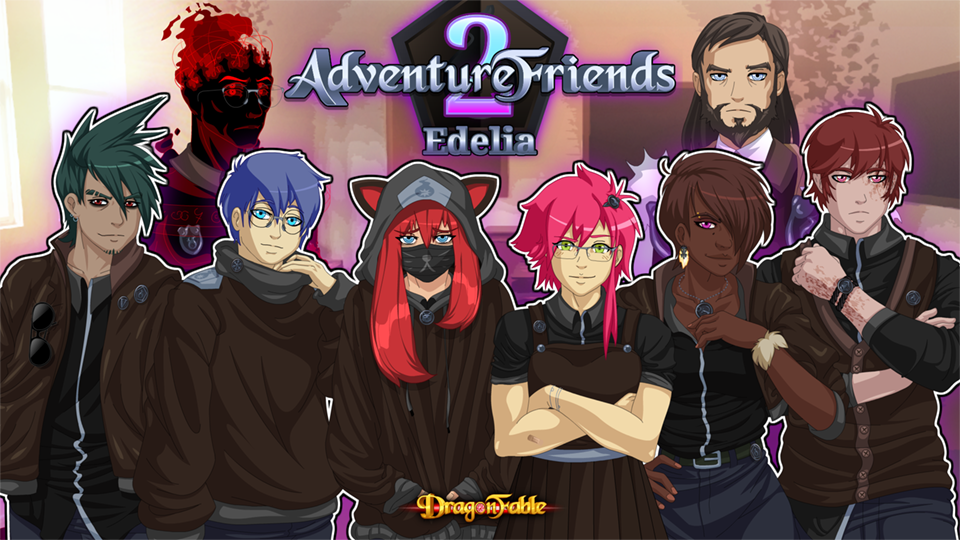 You've been accepted into the prestigious and honorable Edelia School of Weaving, and your first day of classes begins today!

Do you have what it takes to learn weaving, and maybe find... friends? Or will you be lost in a mysterious legend of the past?

Meet your classmates, forge bonds, and solve the mystery of AdventureFriends 2: Edelia!

This week's release has the first day of your time at Edelia. Unfortunately, like we often do, we ended up biting off a lot more than we could chew! While we had scripts written for the first three days of Edelia, we only had time to finish one. (This day 1's script was longer than three of the first AdventureFriend's days combined, for reference, and days 2 and 3 were also rather... lengthy).

But that's just our reasoning for why we have one day released this week (And even that was delayed!).

We entirely intend to release the full story this month, even if it means taking up three weeks worth of releases.

And while we know AdventureFriends isn't everyone's jam, (and that's fine!) we hope you'll try it out, and enjoy the story and the characters, even if you're not a fan of the format compared to traditional DragonFable quests.

Finally, a couple quick adjustments to the Tomix fight in the Tenets of the Devoted Inn challenge board.

And that's all for now! We'll have more AdventureFriends for you next week, and coming later this month, special Edelia themed customization options for the Student armor! As always, we look forward to reading your feedback!