This week, we're taking the first step in a new permanent story war- The hoarGreenguard Alliance!

With the tenuous truce decreed by Queen Victoria, the Rose, the Vind, and the Golden Hand are set to defend Swordhaven, the center of the Kingdom of Greenguard. The Rose is spread thin across the continent, holding the line against the other rifts while this endeavor begins. 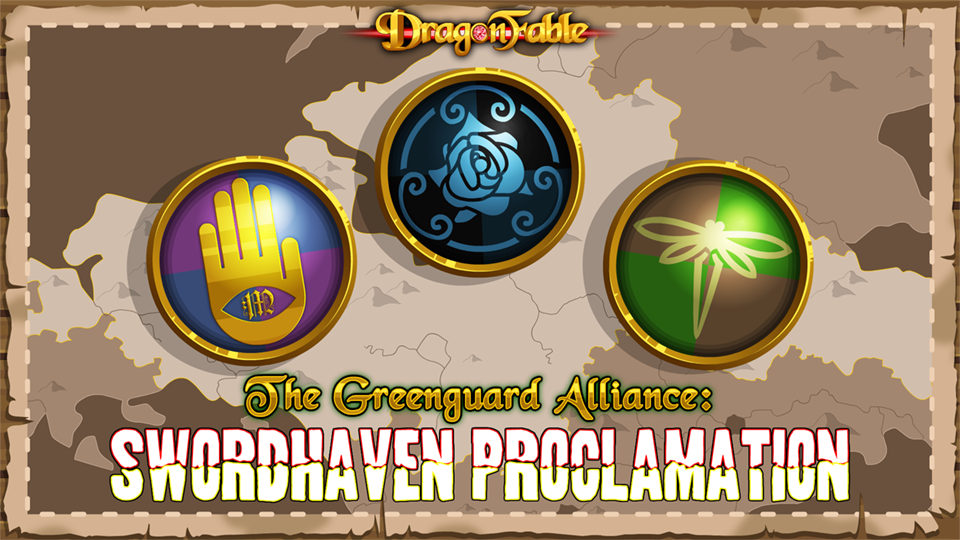 You'll be able to choose to ally with one of the three factions- a significant decision that you will not be able to change until this story arc reaches completion!

Will you help escort the Golden Hand to the rift so that they can bring it back under Magesterium control?

Will you assist the Vind and their allies on the front lines against the hordes of elementals?

Or will you work with the Rose to rescue citizens and stop any invaders who've snuck into the city of Swordhaven?

While this decision may not have a MAJOR impact on the future story, each faction will have exclusive lore and dialogue, as well as quests and eventual rewards!

Keep in mind that this is only the first step of this story arc- what we've set up this week is only the beginning.

To play, head over to Kara in Sulen'Eska to receive your invitation to Swordhaven Castle! After that, you will be able to access the war from Queen Victoria in her throne room.