This week in DragonFable, we've revisited an old quest from the early days of DragonFable and given it a complete makeover! 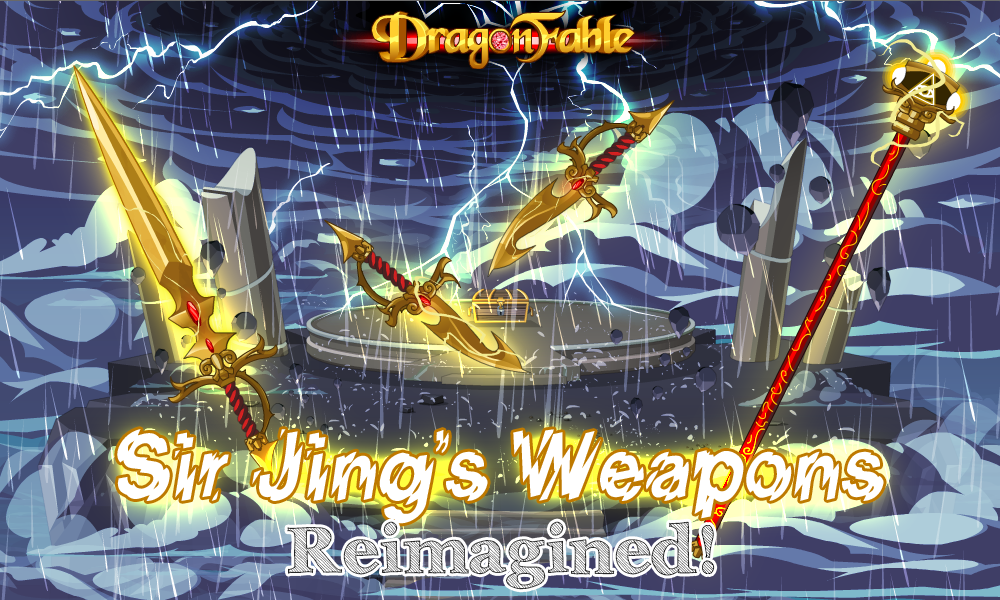 Find the two knights messing around with a catapult in Oaklore (Book 1 or Book 3), and ask them about Sir Jing, then trek your way through the storm to earn powerful items!

This is the first in DragonFable's "Reimagined" series, where every month, we'll try to do a release where we revisit old content and modernize it. Let us know if there are any old quests that you'd like to see reimagined!

Also this week, the sounds of combat have been changed up. Every element now has a unique sound, and most have gotten new sounds added. We'd love to hear your feedback about that as well!

Have a quest you want to see reimagined? Have feedback about new sounds? Want to chat about all things DragonFable? Join us on the official forums and follow us on twitter!