Thanks to some newly uncovered tech, Tomix was able to add a whole new layer of depth to this quest- and it looks gorgeous. We hope to use this technology to create even more beautiful and wondrous quests in the future!

Unfortunately, due to an earlier typo in the code from when it was first released, you will need to redo the quest "Dive In" (if you have already completed it) in order to access the new quest. 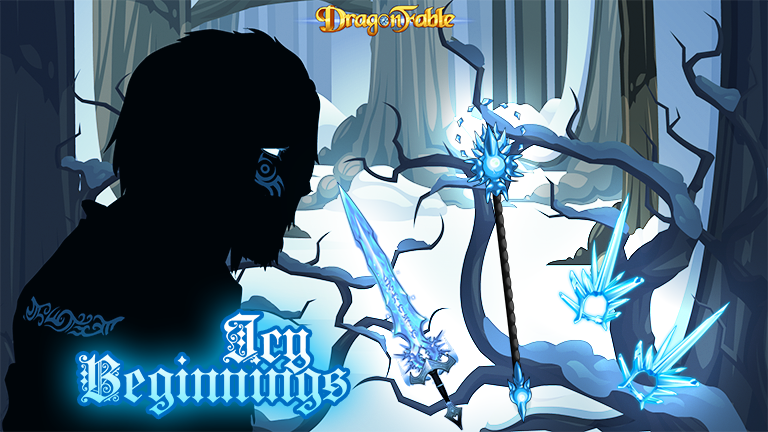 Now, note from Eric Greydawn about this week's release:

The past is a difficult country to traverse. One of the reasons this is so difficult is because history is most often recorded with cultural bias. What we see as simple, other cultures may not see as being quite so cut and dried. In the case of the Ice Giants, most of what is known of them is based on supposition and conjecture. Certainly SOMETHING happened. We haven’t seen Ice Giants in DragonFable up to this point. That suggests that something MUST have happened. What was it? What drove the Ice Giants to the extreme reaches of the North? What were the Ice Giants like?

With this quest, you will begin a journey for knowledge. Knowledge that has been lost, or obscured over time. There’s a lot to unravel still. Fear not, however, for there are those who are willing to guide you on your quest for knowledge. Be brave, and journey north, where the occasional whisper of living Ice Giants other than Nivalis have been seen.

This quest has been a long time in coming, but now that it’s here, and I’ve started writing again, they will continue. I have a lot to tell you yet, so snuggle up and get comfy… perhaps a fire should be lit on the hearth, and a pot of hot stew served… after all, hospitality demands it.

In other news- This is your last week to purchase the Doomed Dragon Scythe! Get it from the Celebration Shops in the Book of Lore before it leaves!

That's all! Have a fantastic weekend, everyone!