After last week's challenging bouts, it's time for you to face off against the mighty Fangblade! You need that audience with King Alteon, but can you even stand a chance against Fangblade?

Fangblade has brushed aside Falwynn and has his eyes set on victory. How will you fare in Part 2 of the Swordhaven Tournament of Champions?

Play this week's quest to find out! 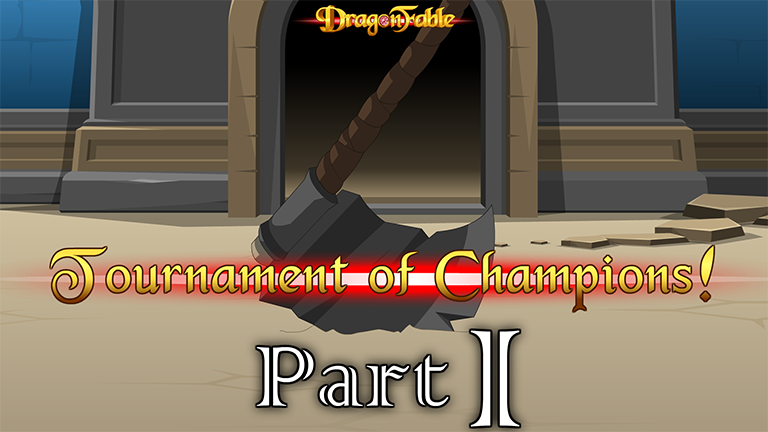 The Swordhaven Tournament of Champions Has Begun!

The day has arrived! Head to Book 3’s Swordhaven and click on the notice board to get started. 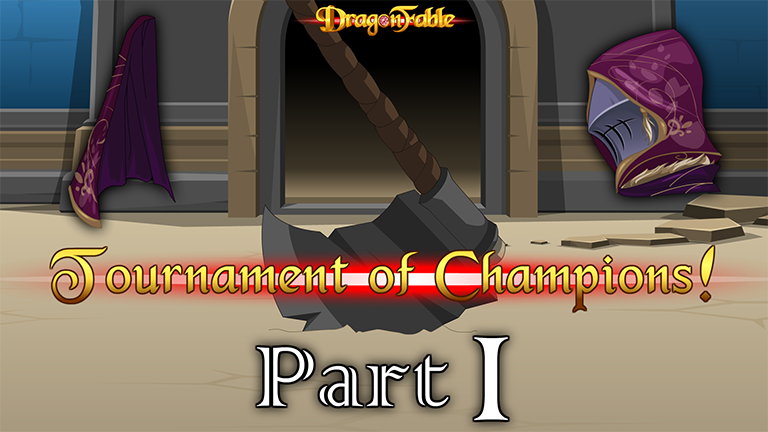 This week, you’ll be traveling to Swordhaven again—after your hero had some time to think.

As the Hero, you’ve proven yourself time and time again on the battlefield. Friend and foe alike can vouch for your strength.

But how will you fare against Swordhaven’s finest champions...in the arena? 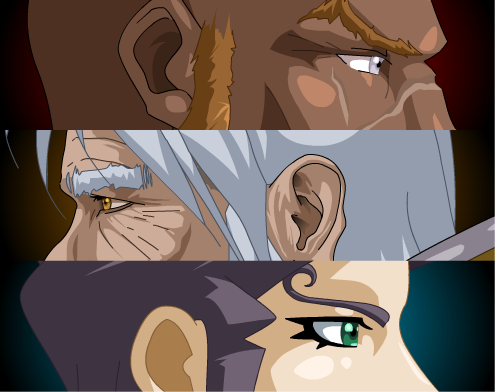 Last time in the Rose story, the hero made their way through Swordhaven and up the Rose's Ivory Tower- center of command of Jaania, leader of the Rose.

In doing so, you've certainly attracted her attention, and she has taken you aside.

But for what purpose?

Find out in this week's quest: Timelines 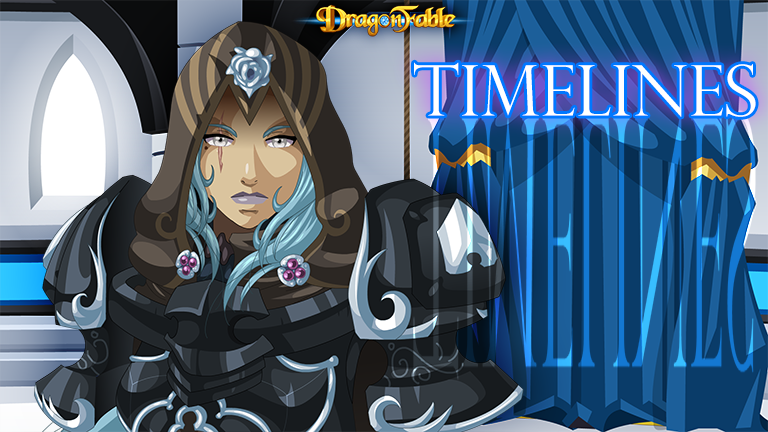 The last time you've been in Swordhaven, your little duel with Beastmaster was interrupted by Jaania herself!

This week the story will continue, as Jaania have some things to say to you, personally.

And it's gonna be heavy.

Maybe the front door of the tower would have been a better choice....

The release is live! Head to the library in Book 3 Swordhaven to try and find out something about the Rose and what's going in the captial! 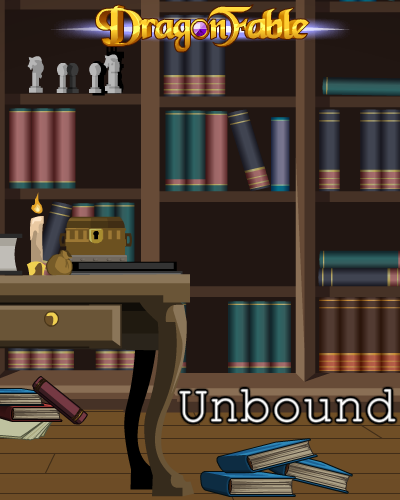 Hero-
I have heard much about you since we last met. Good and bad. You seem to be a force who tries to do what is right, though. I have asked the King that the Gates of Swordhaven be opened for you, so you can see what I am trying to fight for. As long as you respect the peace in Swordhaven, you are free to explore it. -Jaania

The gates of Book 3 Swordhaven are finally open! There are new and old faces to see, new items to buy, a new niche or two to explore, and lots of things to learn! 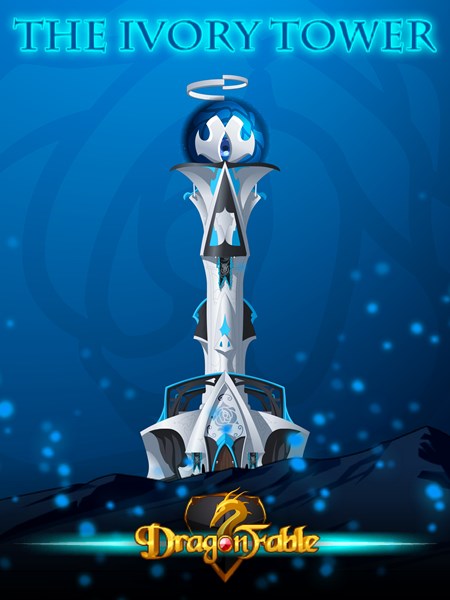 Maar is a smoldering, smoking mass of rock and glass that lies in the middle of the sea between our continent and Azaveyr. The Five Sisters stand tall over glittering plains of obsidian glass and belch fire and smoke into the reddened skies every century or so. Dragons roost in the peaks and craters of the Sisters, safe and warm in the scorching heat.

On the northern edge of the western peninsula, a once grand city lies in ash and ruin. Not even dragons dare go there. Wind and ash moan through the eerie, silent streets that are lined with obsidian statues. Statutes of citizens and livestock, rodents and insects… they all stand frozen in time as the ash and cinder of the ruins of Pelekoa swirl around them.

It’s said that if you visit Pelekoa on a night when the wind is calm and the waves are asleep and you stand perfectly still, with bated breath, you can hear… very faintly… if you strain your ears and hold your breath… the muffled beat of ten thousand hearts.

Pelekoa, was once a small but shining city that survived for almost a thousand years on the edge of the fiery, inhospitable island of Maar. The citizens and the dragons lived in harmony until, years ago, one young adventurer crept too far into the fiery depths of Maar and was fooled into revealing Pelekoa’s greatest secret. When the Great Fire Dragon burst forth from his lair, not the Guardians of the Fire Tower… not the dragonkeepers… not the few DragonLords that had bonded with dragons from the peaks… none of them could stand against Akriloth.

Now, everything that lived in Pelekoa stands frozen in time as a monument to the beginning of the Great Fire War.

Tephra and Limu are the last citizens of Pelekoa. The twin sisters could only watch in horror from the deck of the ship taking them to Dragonsgrasp as Akriloth destroyed their town in a rain of fire. They survived, while everyone they knew and loved was encased in dragon-fired obsidian. The tears and horror have turned to hope, though… as a woman who was once trapped in ice now walks among the living again.

The twins now stand with The Rose and have become Ahimsa and Tipu, Jaania’s Thorns.


Special thanks to Laken who created the original artwork for the twins!

The gates to Swordhaven don't open this week, but they will soon.

The next quest for Alexander is up and ready! Help him gather elemental essences in a chasm near Swordhaven so he can make the perfect gift for Jaania! You'll be able to level Alex to 15 while working your way through the hordes of elementals as well.

If you haven't opened the Alexander character slot yet, just find the Burned Journal in Swordhaven.

Warlic Zone - New Shops!
Talk with Nythera in Warlic's zone for a new merge shop! She'll be able to take your elemental essences and merge them into colorful rose staves. She also has a few things for your house if you have the Dragon Coins!

DragonFable Birthday!
Rolith is hard at work on the Diamyo Clone Army! Wait, no... um, I mean, he's totally not working on that.... He is working hard on this year's DragonLord gift though! He'll have it live for you soon*! Dracelix is also working on something special for you guys!

This week is Lucky Week! You guys will be able to play through previous years releases as well as a brand new story from Eric Greydawn which will, of course, come with a mini-war this weekend! Ghost and True Mortal are both busy making new items for holiday as well!

Alexander
The ability to train Alexander's stats was added to Brump on Friday and, now, untraining works as well.

The next quest in the Alexander story is now live! This week you'll get to see inside Warlic's head and, well, he's kinda mean... Will Alex be able to get past all the fire monsters that Warlic is throwing in his way this week?

Alexander should also be able to get to level 10 this week! He has a new multi skill that will unlock at level six and new higher level weapons drop from The Master Apprentice!

This week we'll be visiting the Swordhaven of the past again! Warlic is stuck in Swordhaven as a teenager and he's angst-y, but how did he come to be there? The Blue Mage definitely has a chip on his shoulder and isn't as in control of his powers as he'd like to be....

Lucky Day!
Eric Greydawn is hard at work on this year's Lucky Day story! He's asking on the Forums what you guys would like to see! I vote for more fightin' Sneevish!

There be spoilers ahead, highlight at your own risk!
An image is coming through the rift... something to do with the end of Chapter 2....

Swordhaven and Upcoming Thanks!

We're working on the beginning of a whole new town for this Friday! Ghost is hard at work on the surface of Swordhaven proper!

Last weeks simple escort quest only saw the very outskirts of the town, which was fairly closed up due to everyone avoiding the crazy bandits and Jillians who were after the ancient scrolls (the smart ones had gotten theirs the night before at midnight anyways). This week will see the main part of town starting to open up, as well as new random quests, an extensive, stinky sewer system and a creepy, mysterious burnt down house! The town will not be finished this week but will continue to grow in the coming weeks.

Thankstaking!
Eric Greydawn has been hard at work writing the cutscenes for this year's Thankstanking event which will happen next week! Will you be able to be fight off the effects of a heavy meal and save the day?

The Friday after Thankstaking will also have the traditional shops! Tomix and True Mortal are working on awesome new items for the 26th, but I'd like to know what you guys want to see in the Half-Off Shop! Let me know on the forums.