The battle is won... but the war is far from over!

The zards have been beaten back, the sinister Yaw defeated. Where, and how the zards came to be is still unknown though, so the Zardhunter definately has his work cut out for him! The Friday the 13th Zard Invasion will officially end tomorrow though, which means if you haven't gotten your Rush of Zardlings or Boxar pet it's time for you to get in there and take down Yaw before they go rare! Don't stress too much though... the outbreak will continue this Mogloween!

A few weeks ago I asked what kinds of weapons you guys would like to see in the Moonridge shops. You guys responded with pages and pages (and paaaaaages) of suggestions! There does seem to be some confusion though, so I wanted to clear up a few points!

What I would like to put in that chest (and in the Moonridge Armory) are reforged weapons for gold. So this means I'm looking for the answers to a couple questions:

Gold weapons, due to the fact that they're relatively easy to get compared to chasing a drop on a loot table, tend to have a slightly lower stat allocation and do slightly less damage. This chest will follow that same basic tenement, but I want to use it fill in gaps in inventories and to make weapons that will be useful as you finish leveling.  I also want reforge some of your favorite weapons so that you can wield that amazing artwork again! :)

So, for this Design Notes thread, try to think about the answers to those questions when you make your suggestions for both the regular free player shops and for the Dragon Amulet chest! (And, if you guys can make me a nice list of the forum favorites that's easy for me to go through... <3!)

I'm hoping that we're giving Rolith enough time to finish. We don't want Rolith to exact revenge for this next Codemonkey Day....

I honestly think at this point that you guys might beat Rolith to 50%! If you get to 50% before Monday afternoon, he's not going to have to get the 50% DragonLord addition ready... and he'd definately be very grumpy if I issued any sort of challenge for you guys to race Rolith to 50%....  0;)

So, the 50% DragonLord prize is going to have to be adjusted to either 50% or when Rolith finishes programming it, whichever is later!

Keep up the good work though! I'm very proud of all you guys and how hard you all are fighting. I can't wait until you guys get to see the 100% cutscene. Based on everything I've managed to read (ya'll are on the 4th war thread already!*) the final cutscene is going to surprise all of you. :D

The Zard still come in numbers great and still we hold them back,
And though they are so many we will throw back the attack!
The town of Moonridge needs us to save them from this horde,
So we will smite these enemies down, with dagger, spell or sword!!

I'm back and eager to win!

*Speaking of which, add discussion of this to the current war thread please, to keep it all together for the brave AK's!

37%! You guys rock! (I am officially licensed to say that as a rock myself.) It's great to see how active the war threads* are with all of you coming together and cheering each other on! War poems, song suggestions and personal wave tallies abound!

Midday, and our heroes bombarded,
We must fight back before we are Zarded,
We must not leave with our hopes discarded,
So fight for your lives, as the clouds have parted...


The light shines on you...
You heroes are the last hope...

I really think you guys are going to beat Rolith to 50% too! :s So please make sure to keep that in mind, Rolith is going to need time to get the special DragonLord goodie coded!

* Add discussion of this to the current war thread please, to keep it all together for the brave AK's!

Friday the 13th Has Arrived!

You can feel their eyes... watching... waiting.... Their snarls echo through the edges of Doomwood.... The Zards have arrived!

Zards are an unusual reptilian creature that have long inhabited the southern reaches of Lore, but they have never been encountered this far north. These zards, though... well, these zards are angry! Where you felt just a single pair of eyes before, heard just one creature skittering away, now yellow eyes seem to peer from any dark space. Where did they all come from? Who is responsible?

Luckily (well... maybe not so luckily for him), the famed Zardhunter, Irwin Dundee, has come north to study the wildlife indigenous to Doomwood. Surely he can help fight back this enormous outbreak of zards? Even Falconreach is lending a hand with the Nytroglycerine Sponge Catapult. 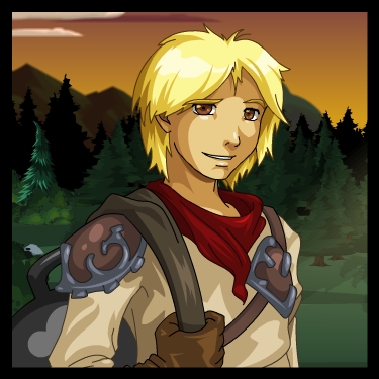 The bustling trade city that sits at the edge of Doomwood has opened it's doors to all the heroes of Falconreach. Captain Viamat has a new random quest if you feel like patrolling for undead or you're more then welcome to hop on a dragon and bomb the attacking skellies, slimes and zombies from high above!

You can find your way to Moonridge by following the new, improved path east of Falconreach! Just go south from Valencia.

Make sure to check out the varied (and slightly random) shops available in town. You'll see items from all over Lore as well as a few higher level versions of familiar items. What other stuff would you like to see the merchants of Moonridge carry? Are there any favorite items that you just outleveled that you'd like see again?  Let us know on the forums so we can continue to fill the shops!

The unluckiest of days is almost upon us again. As always, masses of angry things are getting ready to attack! This time though... it's different. This time, something new lurks in Doomwood. Something... changed. Something... angry. It's not even Friday and sometimes, when wandering around the new town of Moonridge... sometimes it feels as though something is watching you.

Where did it come from? Who is responsible for this new, dangerous legion of monsters?  What exactly are they? Log in on Friday the 13th... if you dare to find out!

This Friday the 13th... the Invasion begins... and it won't stop with just one war!