Break away to pull ahead...

Impeccable coordination and uncanny timing are the hallmarks of the ChaosWeaver Nation's army. Each warrior faces forward, grim eyes fixed on the foe before him, gnarled hands tightly gripping sweat-slicked weapons and they steel themselves for another fight. And another fight.

Endless battles, each a small war unto itself. All parts of the whole, greater War for the Nation! Fear is not an option. The interlopers must be annihilated! Invaders, ruthless, destroying Homeland and People in the name of... what? Conquest? Glory? Helping a friend?

BAH! All those might be good reasons for a hero. But NOT for the ChaosWeaver Nation, a wounded people who are fighting to take back what was stolen from them.  And take it back they will! Through force, through strength, by blood and steel.

Small groups, numbering no more than four or five soldiers, break away from the newly formed ChaosWeaver Convocation formed by ex-General Arrakksi. He is determined to see his Nation restored to Greatness and wielding Power. He must stay with his warriors, but he knows that the best, most able of his soldiers are on the path to Glory.

is gearing up for battle. 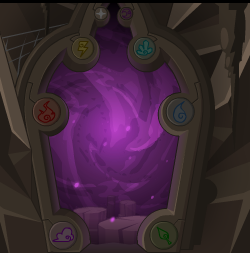