First, a word from Ash:

Greetings! I've got a few things to talk about today so I'll go quick.

First off we have a DC class for tonight. Many of you saw Chronix's "Froze Deathknight" artwork and wanted to see it in game so I did some skills for it. It's now called the Icebound Revenant. You'll be able to find it in Cysero's Superstore later tonight. You'll also be able to buy two weapons, two helms, and a cape to go along with it. Those will be in the various shops in the Superstore as well.

Next is a revamp update! A lot of you have been asking me questions like, "When is DeathKnight going to be ready?" "Isn't Paladin done yet?" "Y U no release revamps!" Well the coding is done for those! It has been for a bit now but art takes time. When the art for Paladin is ready it will come out for a DA preview, then DeathKnight. I'm also working on an updated set of skills for Master SoulWeaver which will come out around the Book 3 Ravenloss finale. I'm ALSO working on new skill sets for Guardian, Dragonslayer, Pumpkinlord, Evolved Pumpkinlord, and several others. Make sure to check back and see when they'll be ready!

Next I want to give you all a heads up. Verly and I have been searching for the cause of the un-savability that's affecting ShadowHunter, ChronoZ, and any new classes we make that don't replace old ones. (Like how the Necro revamp replaced the old one.) There was an issue a few months ago and now all new classes can't be saved until a DB fix is put into place. Not to worry though, CodeMonkey Rolith is on the case and is working on getting that fixed for us! It should be very soon so until then the new classes can't be saved.

I hope you enjoy the class and are looking forward to the rest that I've got planned!

Second, you guys are doing a marvelous work with the war! Remember, whether you win or lose, the fate of Ravenloss and Falconreach will be revealed during the epilogue of the grand finale. The finale of TomixSaga will happen a few weeks after the war. 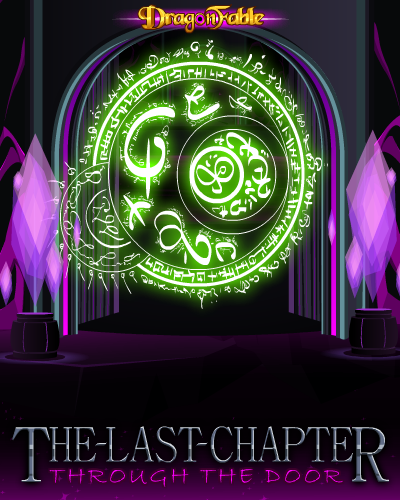 Go now, first and second seal are broken, rush to the main chamber!