The Face of Doom

Sepulchure has been our hero's nemesis for years now, but just what exactly does the mysterious DoomKnight look like under his mask? Is he handsome? Scarred? Is there much of a face even left for the undead Knight?

The artists of DragonFable each have their own vision for what Sepulchure is hiding. They all seem to agree that he's a redhead though!

Now, I stress this more then anything I've stressed before... the following pictures are NOT OFFICIAL. 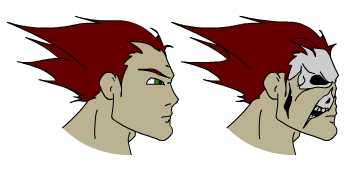 True Mortal's version is much grimmer, more sallow, with red glowing eyes and marks on his face.

Tomix has red glowing eyes, sunken in his face.

Again, the images above are NOT OFFICIAL.

Is he still human, even in undeath? Or has he started to decay? Is he melting into darkness? Morphing into something else entirely? What do you picture under the mask?

Heya, Ghost here. Since TM and Tomix both did awesome finished versions, I finished mine too after reading some of the input you guys had on the forums. Again, this is all just for fun. :P 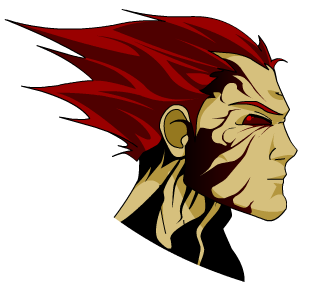