It's a triple peek written in triple time!

My fingers are flying as I race to write this Design Notes amid the other work I need to get done today.  But we want to make sure you guys learn of these new awesome things, so here you go: SoulAlly background info, SoulAlly pic, and news about the Equilibrium Gate!

Tomix sent me some information to pass on to you all about SoulAllies!

I know he's mentioned them on the forums before, but here's a good deal of great information that no one's ever known about them before:

And to set the match to the dry tinder of your imagination... a picture of your SoulAlly! 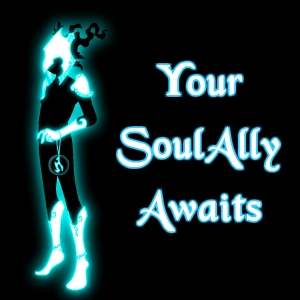 And if you're intrigued, entranced, or merely captivated by the idea of what rests behind the Equilibrium Gate, the wait to get inside is almost over!  But not before all the Keys are in the locks!  We've mentioned that Tomix has been placing the Keys in the Gate as he finds them, but the Gate itself hasn't illustrated that before now.  But starting this Friday, you'll have a visual record of what locks you've managed to open!

We've wanted to do this long before now, but there was never enough time in a Ravenloss week.  This week, though, I equipped my Chronomancer class so that I could MAKE time! (+15 time management!)

So this week when you head down underground to the dark and deadly undercity, check out the Equilibrium Gate to see just what you've unlocked. And what you have left to find!

Speculate away on the forums and Twitter! We look forward to reading your theories!