The time has come for Nythera to embrace her destiny as she attempts to reunite the Creatioux and Decadere!  Watch as she flies around Lore searching for an entrance to the Void.  Always before, the Decadere sent the portals to HER.  Now, she needs to find one by herself.  And once she manages to do THAT, she'll need to take on the minions of the Decadere before facing Decair, the Eldest.

Nythera has done a lot of growing up this Summer, turning from a spoiled young half-dragon into a much more mature and thoughtful young lady.  With her powers unlocked, she has access to MUCH more magic!  But will it be enough to shake up the Decadere and make them settle down into Creatioux?  You'll find out this weekend in the finale to the Rise of the DragonMage Saga!

With a regular mode and Extreme mode, you'll be able to choose just how strong a battle you want.  Void weapons will drop as rewards, levels 45, 55, and 60!  Nythera's story might be ending in DragonFable, but it's only just beginning in AdventureQuest Worlds!  So if you're left wondering just what happens to her, be sure to watch for her story here! 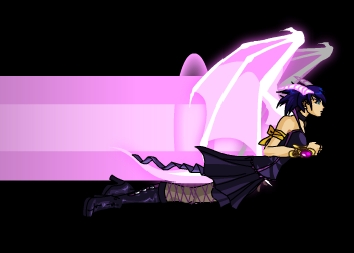 And be sure to check out the introduction to Willowshire!  It's not JUST the beginning of a new (old) town... no, you'll get to flashback to the very second war DragonFable heroes ever faced!  When you go to enter the town, you'll have to fight one of those original war waves AND Gorgok in order to gain access to it! 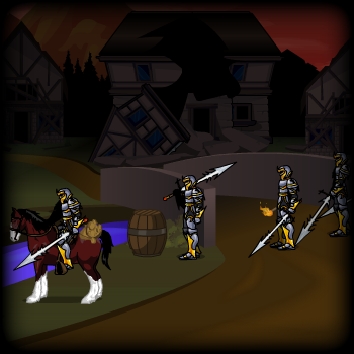 To get to Willowshire, you'll still need to use the Portal by the Falconreach Guardian Tower for now; a path hasn't yet been cleared of brush and debris.  But once you get your bush-stomping boots on and make your way through all the brush, you'll find a very nice walk-around path straight to it!  (Which is to say, look for one in the coming weeks /givesGhostmorework!)

Also in Willowshire, you'll find a shop with higher level poison and wind weapons, sold for gold!  Other weapons will be added to flesh out shops as the weeks progress.

The DragonLord chest in Moonridge has gotten it's first shipment of weapons as well! Make sure to head on over and check out the starting inventory.

Remember, the 15% off AE Game Cards sale at Target ends TOMORROW! So if you've got a Target near you, this is a great time to head over there and take advantage of a really sweet discount!

I've got to go home and start packing for Dragon*Con. (And convince Kata that I'm not abandoning her foreveeeeerrrr.  Sadkittyface!)

Have a great weekend guys, and enjoy the release!