The unluckiest start to a Lucky Week ever!

It's the first day of Lucky Week and we have a LOT to go clover! I mean go over. Out of my head Sneevilchauns!

Rolith thinks we should rename Lucky Week "Monkey Week" and I think he might have a point. Why is that, you ask? Because while this week is very lucky for YOU (and ALL the heroes of Lore), it is going to be a crazy one for the codemonkey!

If you scan down the Design Notes page a little, your eyes will light upon a rather detailed post outlining all of the awetastic and fantasome features we've got planned for this week. (Yes, that DOES mean a release a day! On Friday we'll have TWO feature releases! Talk about getting lucky!)

First up on that list is the start of the Rainbow Bridge war! There's a good deal of information you'll need to know about this ALL NEW war system if you want to stay in the green (and gold) and perform at your peak: 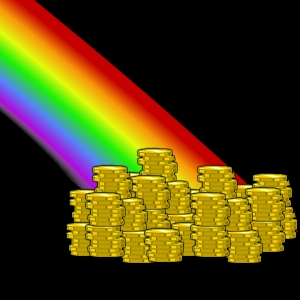 And now let me tell you a sad tale of woe as to why today was the unluckiest start to a Lucky holiday EVER!

Around 4pm server time, I got a phone call from Ghost. I'd talked to him early this morning and he was on task and on time for a speedy Spectral delivery of the cutscene via those almost-magical interwebs.* So when I got his call, I didn't think much of anything was wrong. But something was. Very, very wrong.

I assured Ghost to stay warm (Canadian winters are no joke!) and not worry about work. When he gets power back tomorrow (IF he gets it back. Cross your fingers, or whatever helpful superstition works for you.) we'll upload and roll live his cutscene, and you can see all the pretty animations!

* Which I suspect are powered by microscopic gerbils running through nanotubes. It makes as much sense as any detailed explanation of how the internet works as I've ever heard!

Next up: the restructure of the Armor Closet! That'll come sometime tomorrow. Definitely earlier than tonight's update came!
Tags: #Alina