Hi guys! In a few weeks the beginning of the end of Blood and Roses begins... to end! /ahem

So, waaaaaay back in September we previewed the concept sketch that Oishii made for the refreshed Frydae and, today, the vampire lord's artwork is finally done (and it might mysteriously find its way to Book 1)! 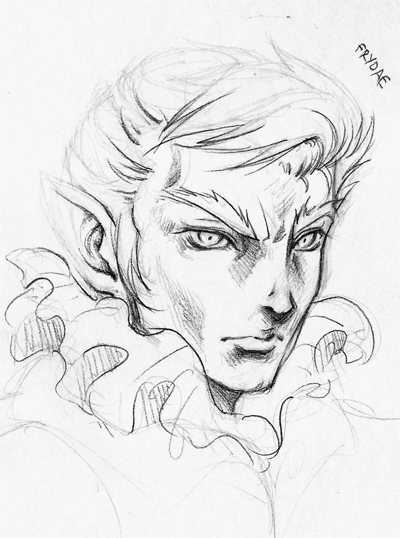 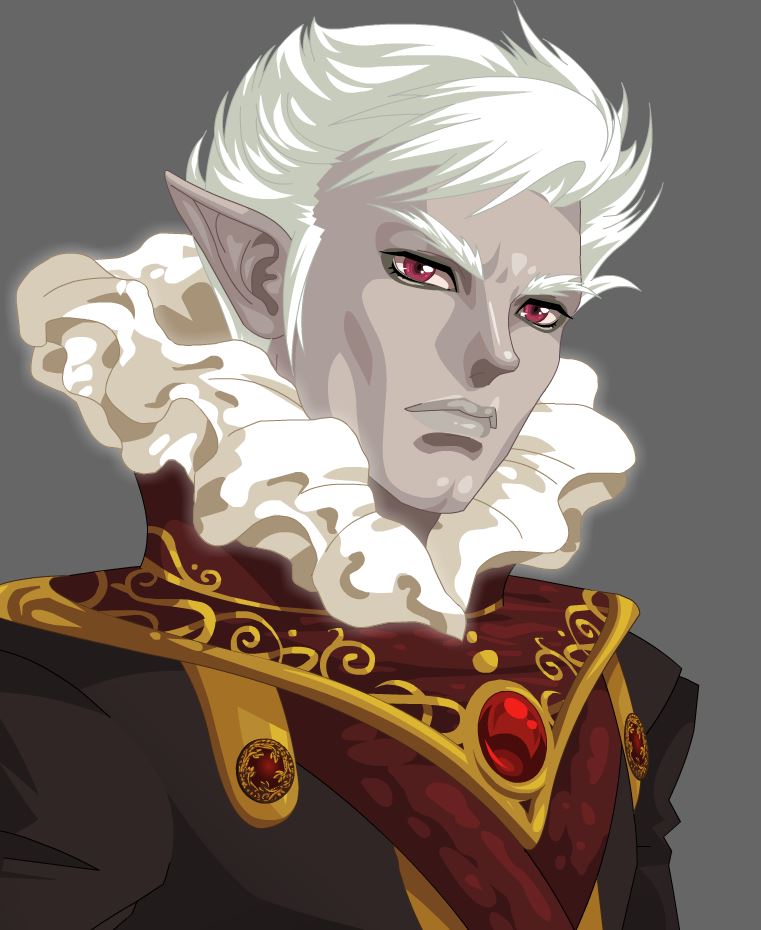 Oishii worked with me on the story for Blood and Roses and we strived to plan through the entire storyline and to lay out all the relevant background info. We talked about everything from how people are turned into vampires (need to be drained to the brink of death - too little and you don’t turn, fully drained you will actually die - then drink the vampires blood which is now mixed with yours) and werewolves (one bite and you're infected) in DFs Lore. We talked about what elements affect the curses and how lycanthropy is tried to the moon.

We also spent a lot of time discussing just who exactly these NPCs in the Doomwood were. What did they want? Why do they want it? Where did they come from? Making sure we understood the character, looking at things from their viewpoint, has given the NPCs in this arc a lot of depth... and a lot of secrets! Even Amaris has a full character profile and bio!

Here's the basic character info that that initial sketch of Frydae grew out of:

Frydae is clever and has bided his time but he's also arrogant and entitled... he's not content to let someone stronger just take what he thinks he deserves and he's willing to go to extreme lengths to get back to the top. Even to the point of giving up his own humanity for the power of darkness....

From The Dark Tower:

Frydae: Do you really think I care? Long ago, I was a King! I held the borders of Darkovia strong against the Drakath dynasty. I accepted this gift to complete my rule over this dark land, but that slug Drakath reduced me to hiding in the darkest shadows. Then he and his children and his children’s children took my kingdom, my legacy, for their own.  The once mighty kingdom of Darkovia… reduced to a mere Doomwood within Greenguard. My own descendants were weak. Pitiful. Thursday is still the first and only being who is worthy of the gift I once foolishly offered you. Once she is ready, Thursday will be the first step to regaining my kingdom.

Despite the Drakaths countering his original scheme hundreds of years ago, he's doubling down now and betting that Thursday will be the final piece in his plan to see his kingdom regained and a new class of elite vampires to rule over it! 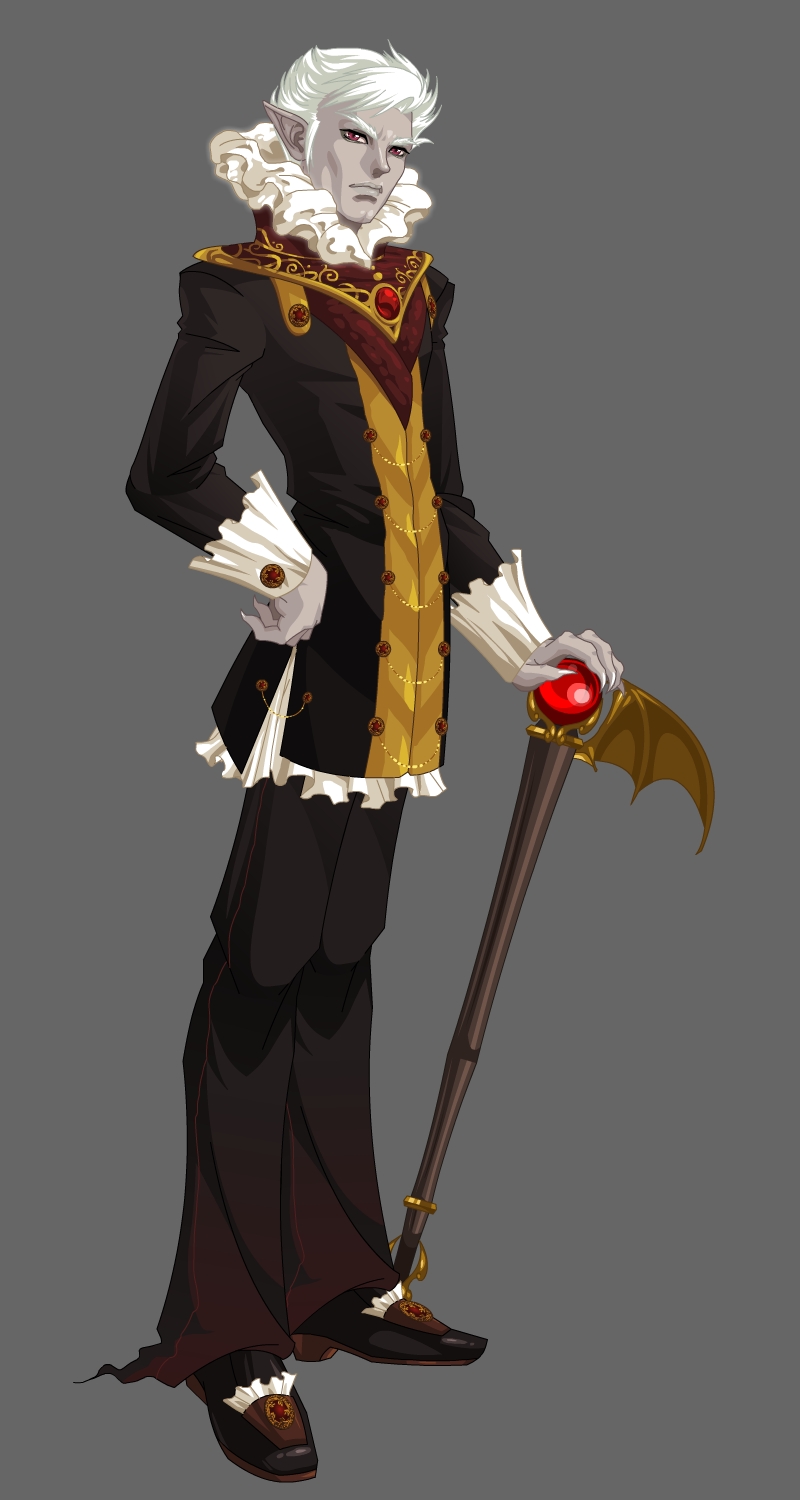 On July 17th, Frydae will finally have Thursday in his clutches in the Darkness Tower! Will Thursday finally be cursed by darkness? Will all of Frydae's machinations finally allow him to gain all the power and status he's always felt he deserved? There's only room for one royal in Doomwood and, with just two quests left in the Blood and Roses chain, which of the warring vampire clans will be the one to claim victory? And where will that leave everyone else that calls Doomwood home?